Returnal Version 2.0 Update Adds a New Feature. When Returnal officially launched on PlayStation 5 earlier this year, it made some waves and now the game is being updated to version 2.0. the developers of Returnal Housemarque talked about the version 2.0 update today. And while it does not seem like an extensive update, it does bring two major features. 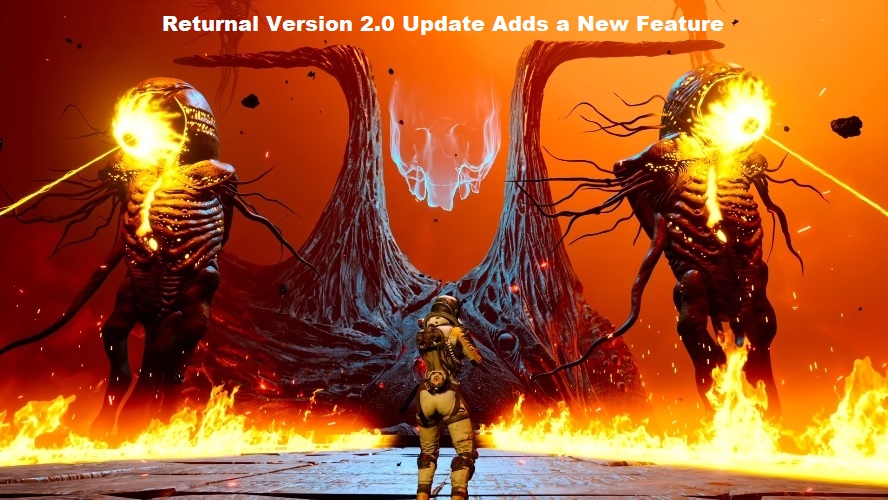 The first happens to be a “Suspend Cycle” feature that would enable users to save their progress right in the middle of a cycle and have to go back to it later.

To be more explanative, this feature is not the traditional save system, so saving your way to victory won’t be possible if you happen to encounter a cycle that is giving you some problems. Instead, the suspend Cycle would further feature a single suspend point that would be deleted once you start playing again.

This is great for people that have to walk away right in the middle of a cycle and don’t want to lose their progress, but right beyond that, its functions are pretty limited.

For instance, Houseemarque stated that you would not be able to suspend a cycle during boss battles, intense combat scenarios, cinematics, or the game’s first-person sequences.

Housemarque noted in his approach to suspend points would allow it to keep the roguelike spirit and high stakes commitment to your run intact. while offering some quality-of-life convenience for players that prefer to experience what the game has to offer in a shorter burst.

To add, the new suspend Cycle features, Returnal Version 2.0 adds a Photo Mode to the game. Even though the Returnal can seem pretty much like a dark game, There are lots of visually impressive moments, so photo Mode allows you to grab those moments.

With the exception of the first-person sequences, it would look more like Photo Mode can get activated at any point in the game by just pausing the game.

The players can make use of their analog sticks and triggers to change the angle of the camera, and then after finding the right angle for the shot, they would be able to make some changes to settings like focal distance and saturation before even filters and effects.

After this point, all you are required to do is to hit the capture button in other to take the screenshot. Returnal’s Version 2.0 update would be going live starting today, so try to download the new feature and enjoy it.