What Should We Know About the Google Pixel Pass? With both Apple and Samsung flagships announced and out in the wild for 2021, it’s all about Google now. The Pixel 6 and Pixel 6 Pro are just days away from being announced on October 19, ushering a new era of Pixel design and in-house silicon. 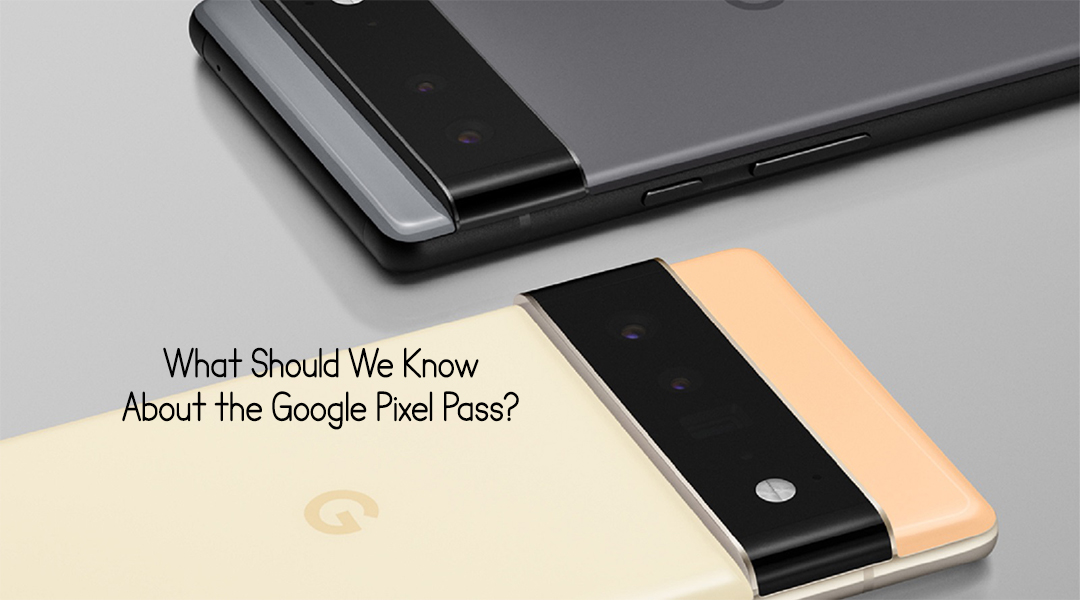 According to INPUT, the latest leak comes from popular leakster and YouTuber M. Brandon Lee (who hosts the channel This is Tech Today) but doesn’t focus on the phones’ specs. Instead, the leak is about Pixel Pass; it’s reportedly Google’s latest business model to attract customers to its flagship handset.

What Should We Know About the Google Pixel Pass?

The Google Pixel 6 and Pixel 6 Pro are being fully unveiled on October 19, but alongside those Google might also be planning to launch a new service known as Pixel Pass.

This looks to be Google’s take on Apple One, essentially bundling several services together under one monthly subscription, and while it’s not been confirmed just yet, enough details have been leaked that we have a good idea of what Pixel Pass might be offer.

What is Pixel Pass?

According to a leaked document, “Pixel Pass is a monthly subscription that addresses users’ mobile needs end-to-end.”

This corporate cryptogram means it’s a one-stop-shop that bundles your phone and other services into one payment. Jargon aside Pixel Pass could make it easier to keep track of everything Pixel and Google-related.

What You Get With Pixel Pass

Based on leaks, Google Pixel Pass has both a hardware and software component. On the hardware front, you’d get a Pixel phone, and would be eligible for “regular upgrades.”

In terms of software, you’d get a subscription to Google Play Pass (Google’s service that gives you access to various premium apps and games), YouTube Premium, Google One (which gives you cloud storage), and Google Fi (which is a US mobile network run by Google).

Additionally, you’d also get an extended warranty for your Google Pixel phone. This would be through either Google’s Preferred Care service or its Device Protection service – two similar services that both offer cover against accidental damage and mechanical breakdowns.

How to Get Pixel Pass

Based on what we’ve seen so far, it looks as though Pixel Pass will only be available in the US (at least initially), so if you don’t live in the US then you probably won’t be able to get it. Google Fi itself also isn’t available outside the US, so if Google does make Pixel Pass available elsewhere then the specifics of what you get with it might vary.

If you do live in the US, then you’ll also need a Pixel phone – though one is provided as part of Pixel Pass anyway. It seems you’ll be able to purchase the Pixel Pass either through the online Google Store or through Google Fi (whether you’re a new or existing subscriber).

Leaked documentation notes that buyers will be given the option to trade in their old phone and that if they purchase Pixel Pass through the Google Store they’ll have to apply for financing.

We’re not certain when Pixel Pass will arrive (if it does at all since for now, it’s just a rumor), but the obvious announcement date for it would be October 19 alongside the Pixel 6 range, with the service probably launching at the same time as those phones go up for pre-order (rumored to also be October 19) so that you can get a Pixel 6 on Pixel Pass.

That’s one big question we still have about Pixel Pass, as the leaks don’t say. However, it’s likely to be offered with multiple different Pixel handsets, so if the price of the phone is bundled into the subscription, then it would likely vary based on which model you choose.

Comparison of Pixel Pass to Apple One

Then there’s a ‘Premier’ option which you can also share and gives you all that but with 2TB of cloud storage, along with Apple News Plus and Apple Fitness Plus.

There’s no sign that Pixel Pass will have multiple tiers like this. While we can’t be certain, it sounds like it’s an all-or-nothing situation. We also don’t know how much cloud storage is included on Pixel Pass, so it’s hard to directly compare them.

But based on the leaks, Pixel Pass will seemingly have a similar selection of services to Apple One, outside of the Premier tier, as there’s no fitness or news aspect listed for Pixel Pass.

However, Apple One doesn’t include the cellular plan, handset upgrades, or extended warranty that you reportedly get with Pixel Pass, so Google’s offering could be more comprehensive overall – though it’s likely to be priced accordingly.

And Apple does have an iPhone Upgrade Program, which offers handset upgrades, but this is sold as a separate service. So while Pixel Pass might have more to it, arguably Apple’s subscriptions give you more ability to tailor them to your needs, by choosing the ones that you want.