A popular Quran app in China was said to be removed by Apple, but why? Apple has removed Quran Majeed, a popular app for reading and listening to the Quran, from the App Store in China, the BBC reports. 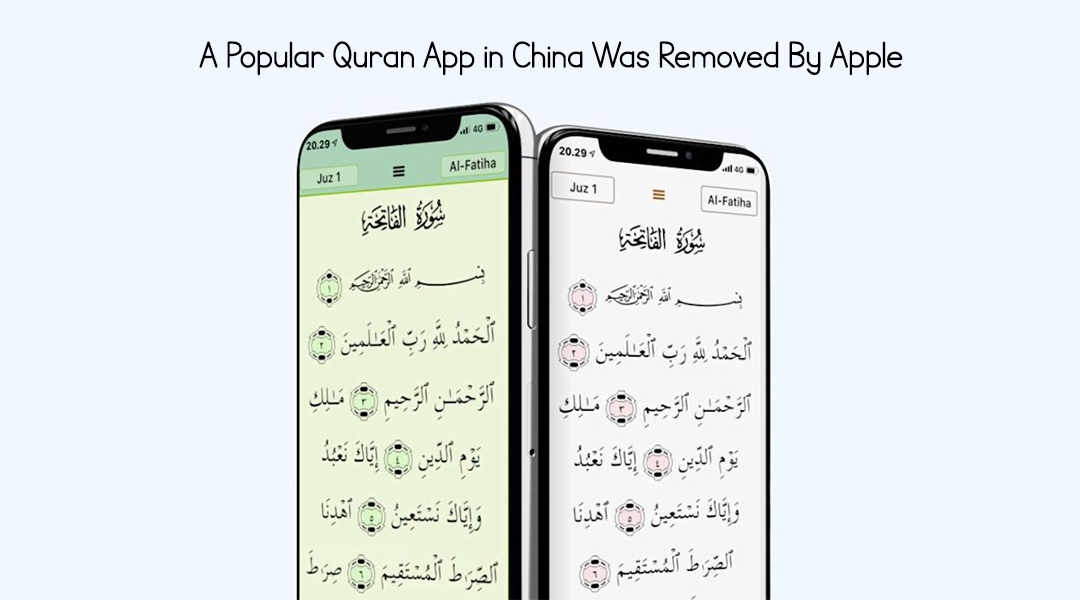 The company reportedly removed the app at the request of government officials, a somewhat surprising move given Islam is a protected religion in the People’s Republic of China.

According to BBC, they understand that the app was removed for hosting illegal religious texts. The Chinese government has not responded to the BBC’s request for comment. The deletion of the app was first noticed by Apple Censorship – a website that monitors apps on Apple’s App Store globally.

A Popular Quran App in China Was Removed By Apple

Quran Majeed is available for free and “recognized by 25 million Muslim users around the world” according to the app’s developer Pakistan Data Management Services.

According to the verge, the app’s removal apparently had nothing to do with its religious content, “according to Apple, our app Quran Majeed has been removed from the China App Store because it includes content that is illegal,” the developer told the BBC.

The developer says it’s now attempting to resolve the issue with China’s Cyberspace Administration. The Verge has reached out to both Apple and China’s US Embassy for comment.

Without clearer explanation, the move seems like a possible overreach, though it does fall within Apple’s official stance on human rights abroad (PDF)

We’re required to comply with local laws, and at times there are complex issues about which we may disagree with governments and other stakeholders on the right path forward.

With dialogue and a belief in the power of engagement, we try to find the solution that best serves our users their privacy, their ability to express themselves, and their access to reliable information and helpful technology.

While it’s logical for business, that framing has placed the company in questionable positions before. Apple has removed VPN apps that allowed Chinese users to avoid censorship and proactively filtered out apps that mentioned Tiananmen Square, the Dalai Lama, or Taiwanese and Tibetan independence.

Apple’s suppliers in the region have also been connected to the oppression of China’s predominantly Muslim Uyghur minority.

Apple in a Difficult Situation

According to The Hans India, Apple is in a difficult situation either way. It relies on the business relationships and sales it makes in China.

Taking a strong stance against the government could put that in jeopardy. Just this week, Microsoft made the decision to shut down the local Chinese version of LinkedIn, acknowledging separately that it is becoming increasingly difficult to comply with the Chinese government’s demands.

Apple hasn’t yet found that line for itself, and with how much it relies on China to make its iPhone business work, it might not happen anytime soon. Further research can be done on Google.