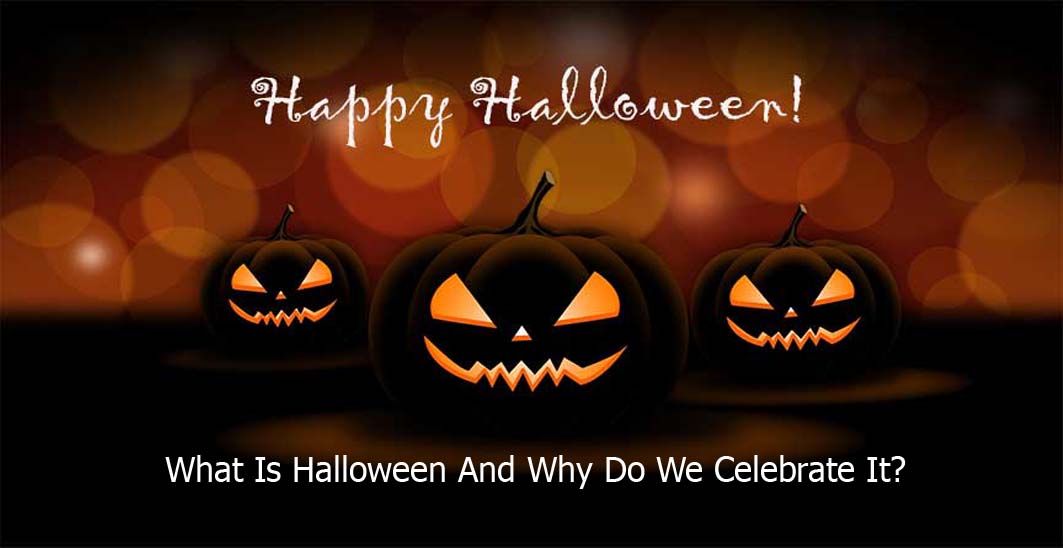 What Is Halloween And Why Do We Celebrate It?

Halloween is a tradition that dates back to the ancient Celtic festival of Samhain. The festival was held on the 1st of November in contemporary calendars. On that very day, it was believed by locals and everyone that participated in the festival that the souls of the dead returned to their homes. With that being believed and said, people would light bonfires and dress themselves up in costumes to ward off spirits.

During this time crops were damaged and lots of havoc is caused. And in addition to this, the Celts thought that the presence of other spirits made it easier for their priests and druids to make accurate predictions about the future. And for a set of persons that were dependent entirely on the volatile natural world, the prophecies were important sources of comfort during the cold, dark and long winter.

To begin the event, druids built huge sacred bonfires and the people are then gathered to burn crops and animals as sacrifices to their deities. And during the feast, the Celts wore costumes, consisting of animal heads and skins attempting to tell each other’s fortunes.

Why Is Halloween Bad

Halloween is seen by many as a bad event. Although the main idea behind the event is to foster peace and friendship among neighbors, friends, and family. The event is however seen as bad in the sense that it is associated with costumes that are elaborate, houses that are haunted, and also candy. The event is also linked to a host of risk factors including pedestrian fatalities, vandalism, and thefts. Experts in the field even see October the 31st as one of the most dangerous days of the year for you, your home, your family, and your kids.

17 percent more crime-related occurrences are recorded on Halloween than on any other day of the year. Doctors have taken a critical look at 42 years old data from the national highway traffic safety administration and found out that there were on average four more pedestrian fatalities on the eve of Halloween between the time of 5 pm and 11:59 pm when compared to a week before and after the holiday.

Is Halloween the Devils Night

Devils night has a different history from Halloween. It started many years ago with mild-mannered pranks ranging from toilet papering homes to games like the ding-dong-ditch. Also known as the “mischief night” the pranks on this very night evolved into serious acts of arson and vandalism in the 1970s. It has however continued since then occurring on the days surrounding Halloween.