Information today has it that Using GPS Segway’s Navimow Robot Can Mow your Lawn. According to The Verge, Segway has introduced its first robot mower called the Navimow. They say it would be making use of GPS so the mower stays on your lawn while keeping it neatly trimmed. These new developments place the Navimow above other robot mowers. Unlike other robot mowers, you wouldn’t have to install a boundary wire to keep the robot on the right patch of grass. 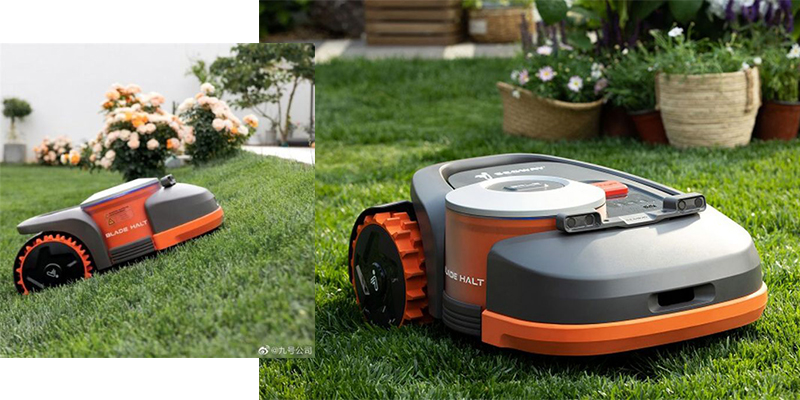 As mentioned by Segway, the Navimow exact fusion locating system keeps the Navimow to precise positions and systematic mowing patterns hence keeping its position accurate to within two centimeters. In addition to this, if the mower GPS signal is temporarily weak, it has sensors that will continue to keep it moving.

This Navimow is a one-of-a-kind robot mower. Its features are unique and spectacular. Users can define the boundaries of the area to be mowed using a smartphone app. With these apps, users can also give the robot mower directions for which areas to avoid. According to the developers of the mower, its algorithm determines a systematic mowing path and it doesn’t have to criss-cross areas it’s already mowed.

The Navimow original design gave it offset blades. These offset blades let it cut as close as possible on a lawn’s edge. It also has Blade Halt technology of which can detect things in the grass and stop the mowers blades from spinning. You never can know when your pet, your kid, or your kid’s toy may get into the lawn while the robot mower may be moving.

In addition to all these, Segway says the Navimow can withstand rainfall, heavy splash, and even high-pressure water jets. It has rain sensors that guide it back to its charging station if it ever detects rain starting.

While we know the amazing features of the mower, a release date has not yet been specified. The Navimow undoubtedly would be the choice for a lot of individuals using robot mowers. We only hope that these amazing features the Navimow is said to have will be what we will experience.