The developers of Sims is giving Sims 4 Spa Day Game Pack a free refresh this week as High Maintenance Sims and ways to Pamper them have Been Added to Sims 4 Spa Day. This Game Pack (Spa Day Game Pack) was originally released six years ago (in 2015). Today, news has it that it is receiving a free update and the update is to roll out this week. 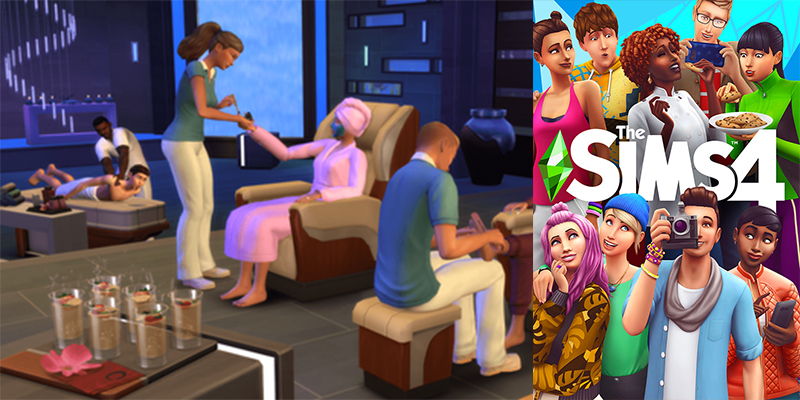 Upon the release of the new update, nail designs created by Modder Ebonix will be added. The specific release date for this update is on the 7th of September 2021(Tomorrow). As mentioned earlier, the update adds new features of which includes a new “High Maintenance” trait and the ability for Child Sims to do Yoga and Meditation.

This new update should definitely get players thrilled as new options to get manicures, pedicures and facial masks are being added. In addition to this, Sims can also make money by teaching mindfulness as stated by the developer Maxis. All Sims can now aspire to be a Self-Care Specialist, a Zen Guru or simply seek out Inner Peace. Below is a tweet from Ebonix on the update.

So not only do I have a Simself in an OFFICIAL @TheSims Trailer, but I also worked with them to create these beautiful nails for the Spa Day Refresh!

Y’all… I HAVE CONTENT IN THE SIMS. FOREVER!!! YOU AIN’T NEVER GETTING RID OF ME NOW!!! https://t.co/7kTR78piKN pic.twitter.com/qcQvi1qcGi

Who is Responsible for Creating Diverse Sims and Improving the Sims?

In case you didn’t know, Ebonix is a veteran modder of The Sims and has made several significant contributions to the game’s ability to create diverse sims. Other modders like Xmiramira have also been giving the task of adding new skin tones and hairstyles for Black Sims hence creating a diversity of options that were sorely lacking from the original game.

This new update for The Sims will be rolling out on PC, Xbox One, Mac, and PS4. If you already own the game pack, the update will be available to you for free. At least a hundred new skin is going to be added to the game and we can only wait to see the new update.