Unconfirmed TikTok threats cause schools across US cancel classes. School districts across the United States are said to be canceling classes on Friday, December 17th due to some reports of threats that are said to be made on TikTok. 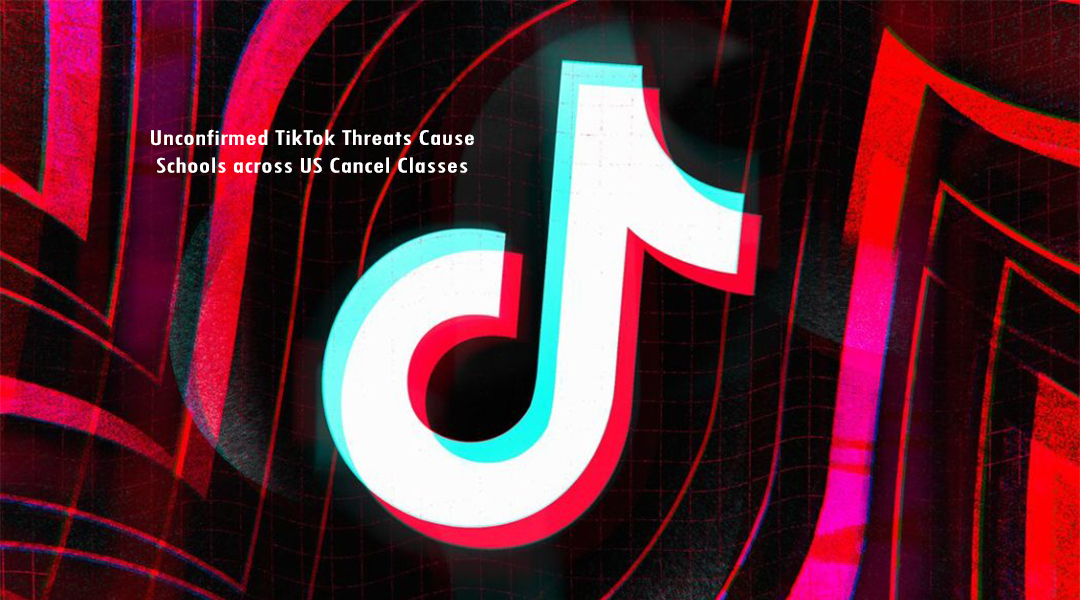 Elsewhere, districts have said they plan to have heightened police presence or have emailed parents to say they’ve been investigating the allegations. But so far, there’s little evidence that the threats are credible or even exist.

The districts and local police departments largely say they’ve heard about a trend referencing the possibility of shootings or bombings on December 17th, but it’s not clear how many have seen a specific threat or a threat against their schools in particular.

Unconfirmed TikTok Threats Cause Schools across US Cancel Classes

A number of districts and law enforcement divisions say they’ve looked into it and don’t view the threats as credible or even real.

“Law enforcement agencies have investigated this threat and determined that it originated in Arizona and is not credible,” Baltimore County Public Schools wrote on Twitter. “Currently, there have been no threats to any of the schools in Mexico, [Missouri],” wrote a Missouri school district.

“There have been no local, credible threats,” Ohio’s Milford Exempted Village School District wrote to parents. In New Jersey, Governor Phil Murphy tweeted, “there are no known specific threats against New Jersey schools.”

The Reports of Threats on Tiktok May Be Self-Perpetuating

The reports of threats on TikTok may be self-perpetuating. Videos being posted to TikTok warn others that they should skip school on December 17th due to supposed threats of shootings or bombings, which seem to have prompted others to create similar videos.

And now that schools are canceling classes in response to those supposed threats, new waves of videos have popped up with additional warnings based on both the supposed claims and the actual, factual cancellations of some school classes.

TikTok says it has not identified any videos making specific threats. “We have not found evidence of such threats originating or spreading via TikTok,” the company wrote in a tweet Thursday afternoon. TikTok said it is working with law enforcement to look into the warnings with “utmost seriousness,” nonetheless.

One school district in Little Falls, Minnesota, opted to cancel classes on Friday after being notified by the state’s Department of Public Safety about “a TikTok trend that emerged targeting Friday, December 17, as a day of threats of shootings and bombings in schools.”

According to a post on the Little Falls Community Schools website, law enforcement determined via interviews that Little Falls was “specifically identified in a TikTok post related to this threat,” unlike other schools and school districts that believe they haven’t specifically been named. But the district didn’t say that they had actually viewed the threat themselves.

Superintendent Stephen Jones said in an email to The Verge that the Little Falls district made the decision to cancel after consulting with law enforcement. “

What I can tell you is that the threat was communicated to schools through students reportedly viewing it on TikTok,” Jones said, adding that police were following through with an investigation.

“The fact that the origin of the threat has not been determined has led us to be proactive in our desire to be cautious to keep our kids and families safe.”

At least one police department says it viewed a message threatening a school on Friday: Police in Gilroy, California describes a threatening post that included initials matching a local high school, and school was canceled as a result.

But police say they later determined the post was actually about a different high school in Los Angeles. The Los Angeles School Police Department identified who posted it, they said, and determined he was not a “credible threat.”

School districts have dealt with dangerous rumors going viral on TikTok before. This year, there was concern about a “slap a teacher” challenge, which turned out to be fake.

Another supposed challenge dared kids to steal items from their school; in that case, some students actually followed through though others, it turned out, were just pretending to take things to get in on the trend.