Tyson Fury vs. Ngannou: Mike Tyson advises UFC star on how to beat Gypsy King. The former undisputed heavyweight champion Mike Tyson decided to show Ngannou how he believes the UFC star can beat Tyson Fury as he prepares to fight the Gypsy king. 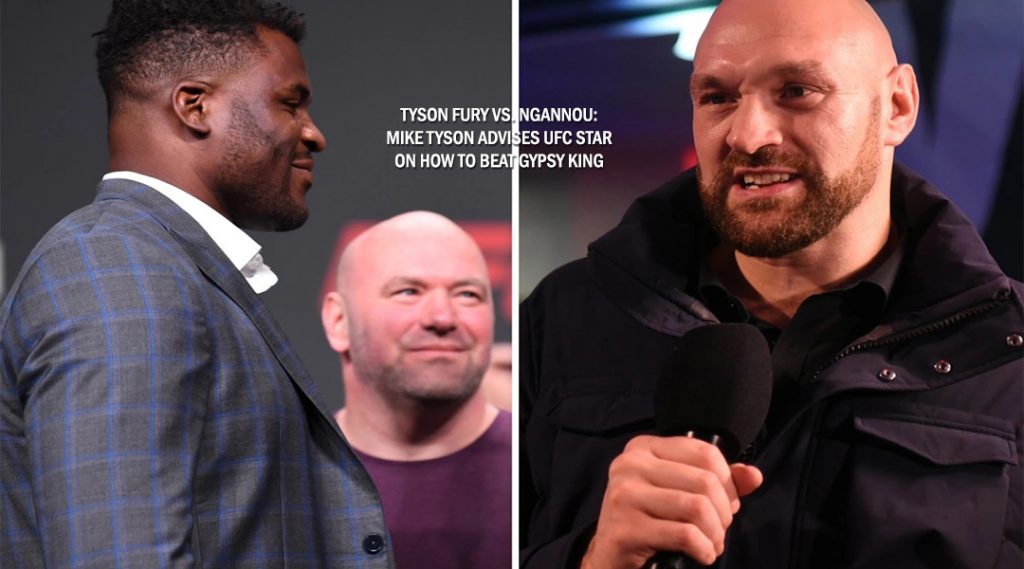 This was revealed in the two videos Francis Ngannou posted on his social media to intimidate Tyson Fury, the current WBC Heavyweight champion.

One of the most respected boxers in history, Mike Tyson, seems to know exactly what it will take to beat Tyson Fury. Therefore, he showed Ngannou the type of punches he needs to throw to beat the champion.

On Saturday at UFC 270, Ngannou will be defending his heavyweight title against Cyril Gane in a match that is highly anticipated by the fans.

If Ngannou defeats Gane, then he may probably face Tyson Fury. Two weeks ago, Fury posted on Twitter a poster of a fight between him and the UFC star, in the post, he tagged Ngannou and UFC president Dana White.

The response by Nganou stated, “How about MMA rules with boxing gloves? I can do that favor.”

“You want to come into my world, calling me and Deontay Wilder out to a boxing match.

“What I can guarantee (is) you would be knocked out and also paid your highest purse to be so! So have a think.” Replied Fury.

What do you think about the proposed match between Tyson Fury and Ngannou? who do you think will win? Further research can be done on Google.