Twitter allegedly bought a messaging app to help make DMs and communities better. Well in an effort to strengthen its Communities, it was said that Twitter has acquired Sphere, a group chat app founded in 2016 that aims to make conversations more interactive and organized. 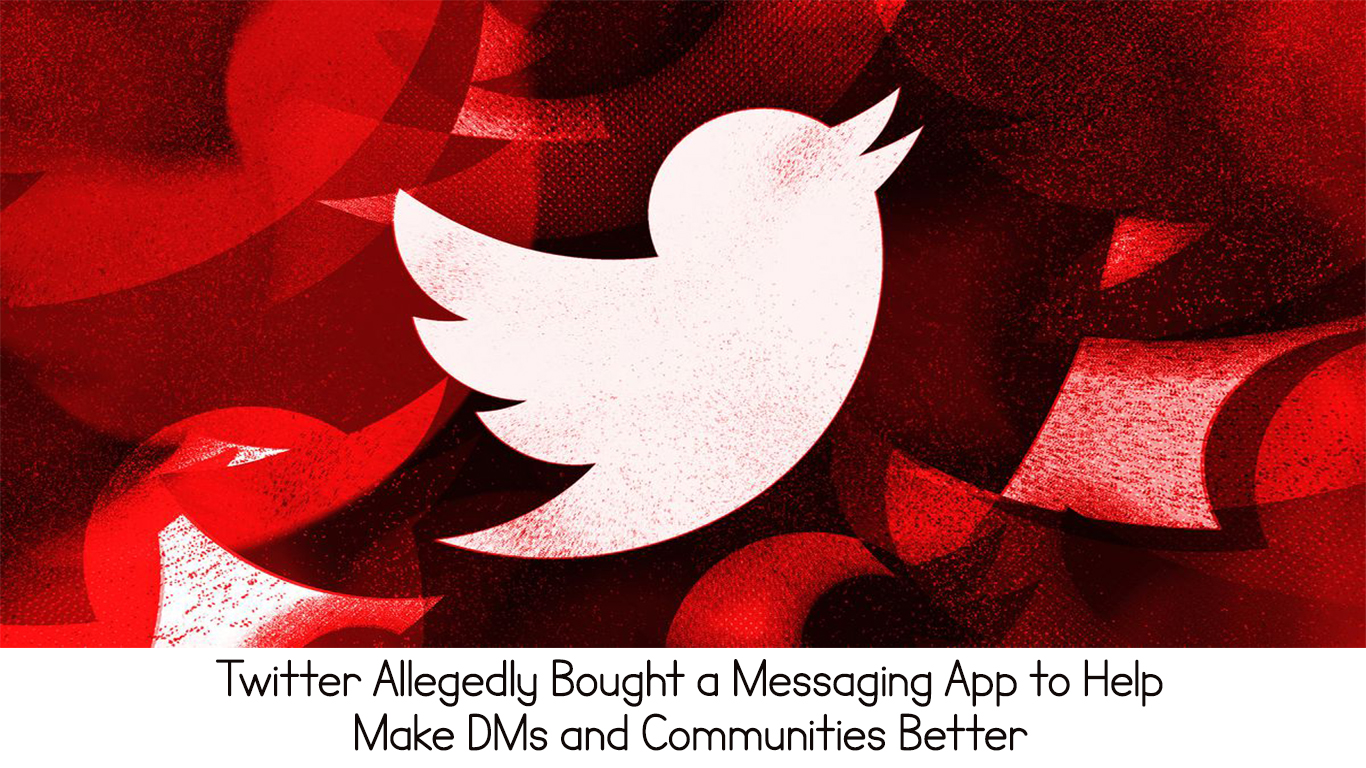 Terms of the deal were not disclosed, but Sphere’s website describes the app as a place that “transforms groups into vibrant communities.” Twitter announced Thursday that it has acquired a London-based startup chat app, Sphere.

According to premium times, The Sphere chat app is a group messaging service with a focus on the group aspects of chats.

Initially, it was an app for real-time questions and answers but later evolved into a hub for group chats (via CNBC). During Sphere’s standalone existence, it aimed to bring organization to group conversations on mobile.

As shown on Sphere’s website, some of its features included self-clearing feeds, auto-archiving, and call-outs for important messages. It also let users hold interactive conversations categorized by specific interests.

The Sphere acquisition marks the second startup that D’Aloisio has sold; in 2013, when he was 17, D’Aloisio sold his news summarizer startup Summly to Yahoo for $30 million.

All employees on Sphere’s small 20-member team will be joining Twitter, according to Sphere’s blog post. Nick Caldwell, Twitter’s vice president of engineering, tweeted that Sphere will be helping Twitter tackle Communities, DMS, and Creators’ roadmaps.

The Sphere team’s expertise and leadership’s passion for finding ways to help people connect will help accelerate our Communities, DM, and Creators’ roadmaps.

The team at Sphere in a blog post said it had been “watching and admiring Twitter’s growing investment in community-building with the release of Communities, Spaces and features that promote safety”.

It’ll be especially interesting to see Sphere’s impact on Twitter’s invitation-only Communities, the feature it launched in September to compete with Facebook Groups. Communities let users join spaces for specific interests, such as for sneaker collectors or for skincare lovers.

Although Communities are invite-only for now, Sphere may be able to help speed up the process and make the feature become available to everyone.

App Sphere combines strong business acumen and technology expertise to deliver quick and robust results. We are customer-centric people and always strive to add value for our customers.

App Sphere was formed in 2015 with a mission of providing intelligent and simple solutions to complex problems.