Finally, Rockstar Showed off the long-awaited trailer for the remastered Grand Theft Auto Trilogy, including GTA III, Vice City, San Andreas, showcasing a lot of graphical and quality-of-life improvements that were made to each of the games. 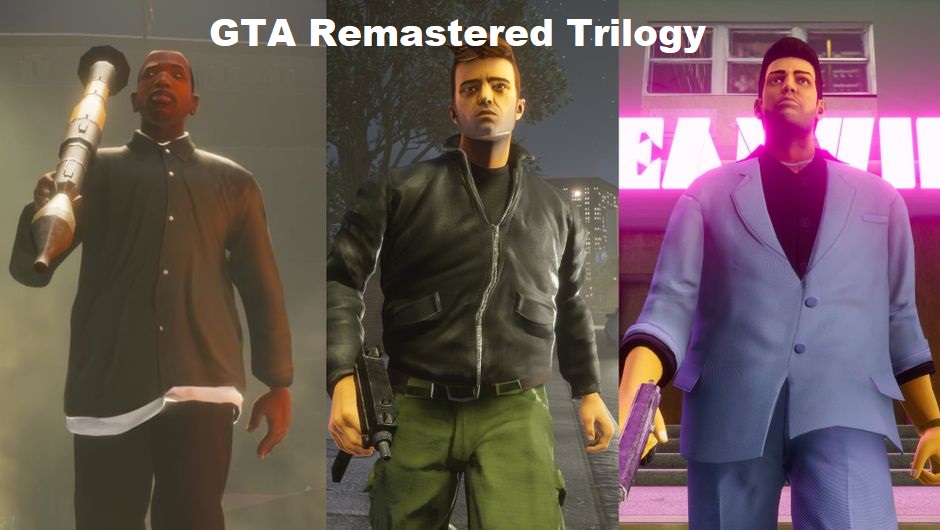 The Grand Theft Auto: trilogy -definitive Edition collection will be launching digitally this November 11th for $59.99 (£54.99). after this update, you would be able to play them on the Nintendo Switch, PlayStation 4 and 5, Xbox One, the newer Series X/S consoles, and PC through the rockstar games launcher. The game would be released physically in December 7th, along with the version for Android and iOS in the first half of 2022. Rockstar launched a site that you can look through for more details on the game.

Each and every one of the games has been properly worked on by Grove Street games, which makes them look much better and Playable compared to their counterparts on PS2. Rockstar stated that they used an unreal Engine and a “completely rebuilt” lighting System, and the graphical improvements seem to touch practically the entire game.

The list that was provided in Rockstar’s press release also includes much better and improved shadows, weather, and reflections, and upgraded character and vehicle models. The game features an increased draw distance, much smoother surfaces, and “higher resolution textures across buildings, roads, surfaces, and more.”

Rockstar Stated that all the games possess Grand Theft Auto V-inspired controls. That alone should do much of the heavy lifting in making these games look modern. Targeting and lock-on aiming received some overhauling in each if the games. In terms of interfaces, each of the games happens to offer some interesting updated weapons and radio station wheels, along an interesting new mini-maps that would allow the players to set their waypoints and destinations.

Also, the games receive some platform-specific additions. On the Nintendo Switch, gyroscope aiming was added, and you can utilize it touchscreen to zoom or pan with the camera and make a selection within the menus. The PC version (a 45GB download) offers support to Nvidia’s DLSS tech that can help games run much better on a wider array of graphics cards without experiencing a noticeable drop in visual quality.

The latest trickle of news would be arriving on grand theft auto 20th Anniversary for PS2. The $59.99 price might surprise some people, but the improvements will make it look worth it for the fans. Nevertheless, if you happen to be a PlayStation Now subscriber, at least you should be aware that you would get to experience some of the games in the collection for no extra cost to you.