Former president of the United States of America, Donald Trump, loses bid to keep lawsuit against Twitter in Florida. The case however will be moved to California after the judge over the case finds that the then-president was not exempt from the terms of service clause because he was the president at the time. 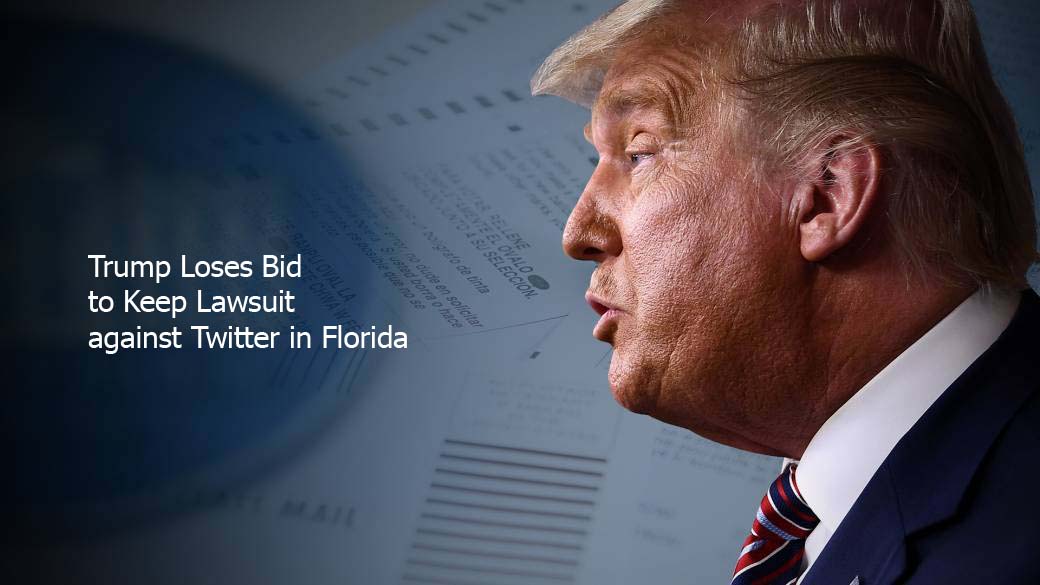 Trump Loses Bid to Keep Lawsuit against Twitter in Florida

The former president has been in the news recently for some time now. From creating his own very social media network and breaching the rules surrounding the creation of the app to suing Twitter in a bid to have his account on the platform reinstated.

Trump’s effort to get his old Twitter account reinstated was dealt a blow after the judge ruled against him that his lawsuit should be moved to California from Florida on Tuesday. Remember that a mob of his (trump) supports stormed the capitol building and in the process leaving several people dead including a capitol police officer.

The incident however led to his ban from Twitter. And according to Twitter, the ban was due to the risk of further incitement of violence.” later in July, Donald Trump sued Twitter over his ban from the platform.

Trump’s Lawsuit to Be Moved To California

On Tuesday, Judge Robert N. Scola Jr. for the southern district of Florida granted the motion by Twitter to have Trump’s lawsuit moved and in the process rejecting Trump’s argument that he’s exempt from twitters terms of service. The reason for his claim was that he was a sitting president at the time his account was suspended and was legally unable to accept a forum selection clause.

The clause is one that all Twitter users agree to before making use of the platform and it specifies the northern district court of California as the venue for resolving legal disputes involving the social media platform, Twitter.

In his ruling agreeing with twitters argument that the clause is a mandatory one, Scola wrote, “even assuming that Trump was using his account in his official capacity, trump has not advanced any legal authority to support his contention that he satisfies the second requirement of the exemption: that he is ‘legally unable to accept the controlling law, jurisdiction, or venue clauses…”

Robert Scola ruled that the lawsuit filed against trump “has no bearing on the proceedings at hand because it did not consider the enforceability of twitters forum selection clause, particularly, whether trump was exempted from its requirements in his capacity as president.”

Trump’s legal representative late Tuesday issued a statement claiming that the suggested ruling was expected. Twitter on the other hand declined to comment on the said ruling. Scola’s ruling as cited from cnet.