The live video streaming service TikTok is on Test Runs on a More Direct Way for its Users to Tip Creators. This new feature is currently accessible and available to a small subset of users. 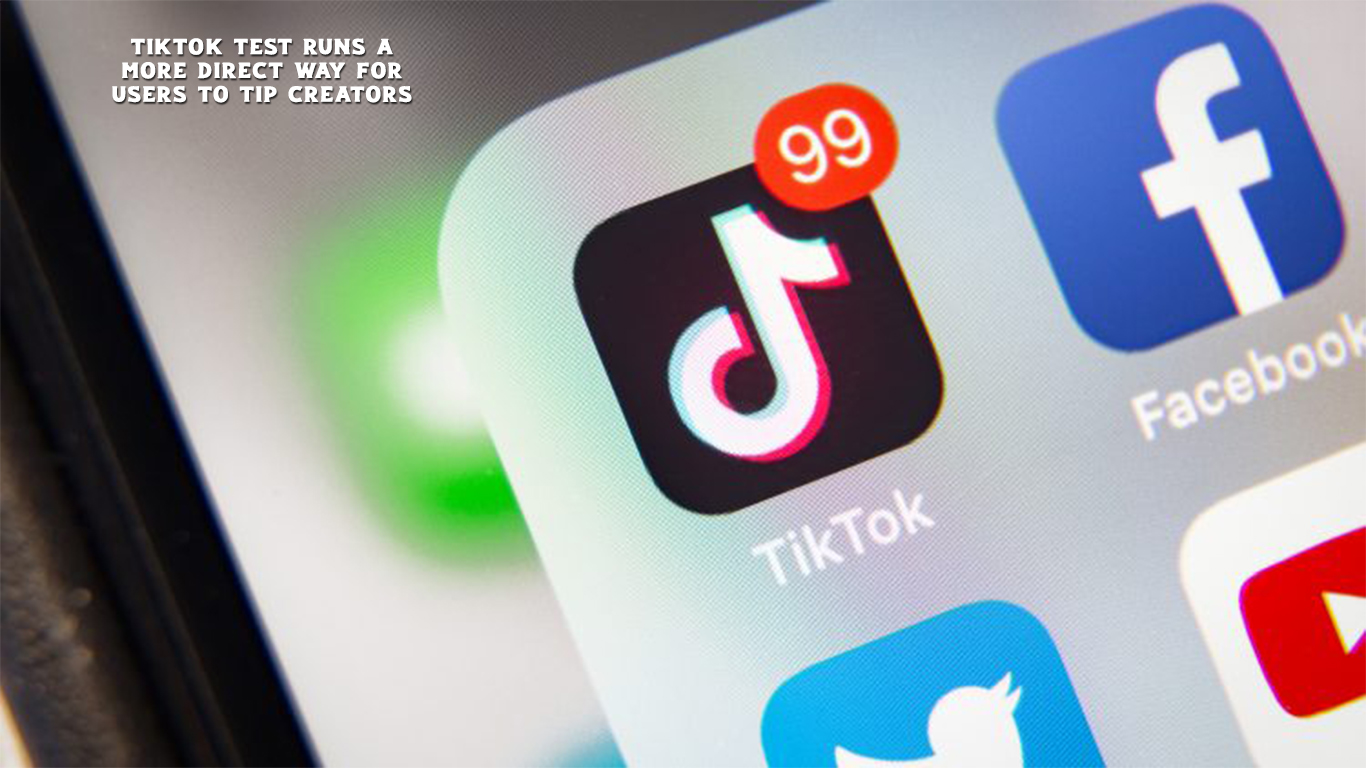 The new tipping feature is on the test, and this would give creators a new way to receive gifts from their followers. TikTok already allows some popular users to receive tips when streaking live. And now they are trying out something more direct.

The new feature was first spotted by TikTok creator Jera Bean. And later it was widely shared by consultant and former “The Next Web writer” Matt Navarra.

They need an average number of 100,000 followers and an account that is in good shape for consideration. Take note that TikTok is not taking a cut off the tips gifted to users by their fans. But it is possible that could change after the feature rolls out more widely.

The company already made it known to the public that it has been testing the tool with a limited number of users. This is as a result of bringing new news to add value to the users.

TikTok is far from the only social media that allow tipping. Twitter recently added a new feature “tip jar” to its users in May. More recently, it added the ability to send and receive Bitcoin tips.

The company is upgrading its live-streaming service with the additional eight new features. Some of these features have already been rolled out to users.

Over the years, the number of users on the platform has doubled, so there is a need to add more features to the app. Users wouldn’t be happy without upgrades and new tips and features on their used apps.

Content creators on TikTok can schedule, manage, and promote live streams in advance. This means streams can be scheduled ahead of time.

Livestreams can now be viewed in picture-in-picture mode on both iOS and Android smartphones. This allows users to navigate and operate on other platforms while the Livestream is pinned to a corner of their screen.

Go Live with a Friend

This is a new feature called LIVE Together. It allows a different user to Livestream at the same time.

This makes it easy for creators to engage with viewers’ questions in a real-time Livestream.

The app is making it easier to find and tune into live videos conveniently from the For You and Following pages. Streams will soon be accessed through category pages which include Chat (Q&A), Gaming, Talent, Fashion, and Daily Life.

Creators can assign another person to help them moderate their Livestream. During the Livestream, both creator and moderator can mute and block users to help keep the stream welcoming and civil.

Creators can silent any word of their choosing during the broadcast. In the LIVE launch screen settings tab, creators can turn off comments or add up to 200 terms in the keyword filter to limit certain comments.

Before commenting, the user will be prompted to reconsider how the words might be received by the streamer.