The New 16-Inch MacBook Pro Offers a Speed-Enhancing ‘High Power Mode’. The redesigned MacBook Pro might be more powerful than you think, provided you have the right configuration.

Apple has confirmed to Engadget and MacRumors that the 16-inch MacBook Pro with an M1 Max chip can invoke a previously hinted-at “High Power Mode.” 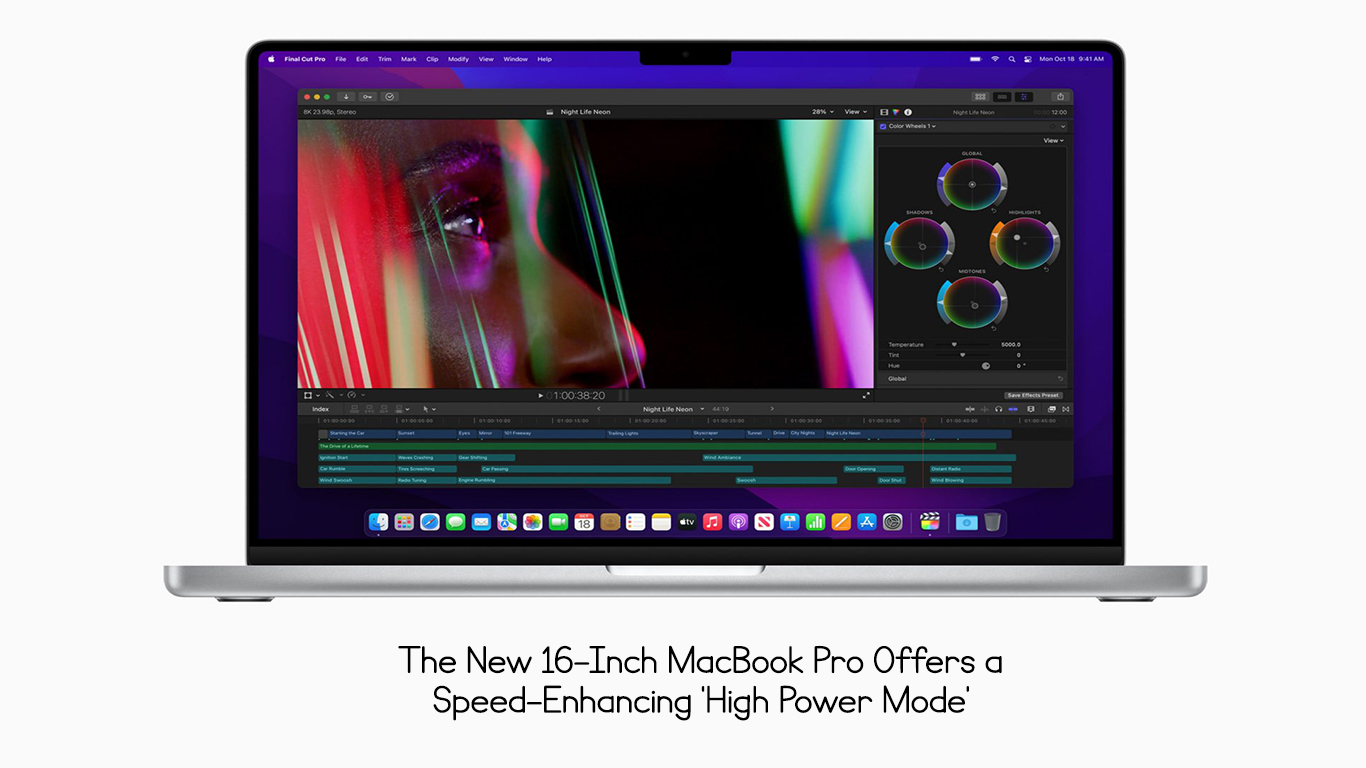 While the company was shy on details, the macOS Monterey beta code suggested the mode would “optimize performance” for demanding tasks in return for the possibility of more fan noise.

This could be frustrating if you buy either the 14-inch MacBook Pro or a 16-inch system with the M1 Pro. This isn’t surprising, though.

Features like this by their nature drive up power consumption and heat, and Apple may want to make sure there’s enough battery and thermal headroom (that is, a larger enclosure). The M1 Max is also a better fit for a mode like this than the M1 Pro there’s simply more performance to unlock.

If you do buy a higher-end MacBook Pro, though, this could be particularly helpful. Many pro users have moments when they need performance at all costs, such as a hurried video export or last-minute code compiled.

According to engadget, high Power Mode might help finish those tasks on time while putting a ceiling on noise in most situations.

It’s been five years since Apple released a totally redesigned version of the MacBook Pro, a laptop that opened the company up to years of criticism for everything from its flawed keyboard design and the Touch Bar to its lack of any ports besides USB-C.

But, as expected, Apple is giving the MacBook Pro a complete do-over, and it sounds like an improvement in several areas.

But, the laptops also have a camera notch, just like the iPhone, something that was rumored in the lead-up to today’s “Unleashed” press event.

The notch is about the size of the menu bar, so while it’s a bit strange it still offers way more screen real estate than before. And, both laptops are using mini LED technology, similar to what’s in the current 12.9-inch iPad Pro.

Concluding this article “The New 16-Inch MacBook Pro Offers a Speed-Enhancing ‘High Power Mode'” note that further research can be done on Google.