Android Work profile To Receive Expansion in 2022. As a Part of a Much larger Update on Android for Enterprise Users, Google happens to have revealed their plans to expand their work Profile availability. 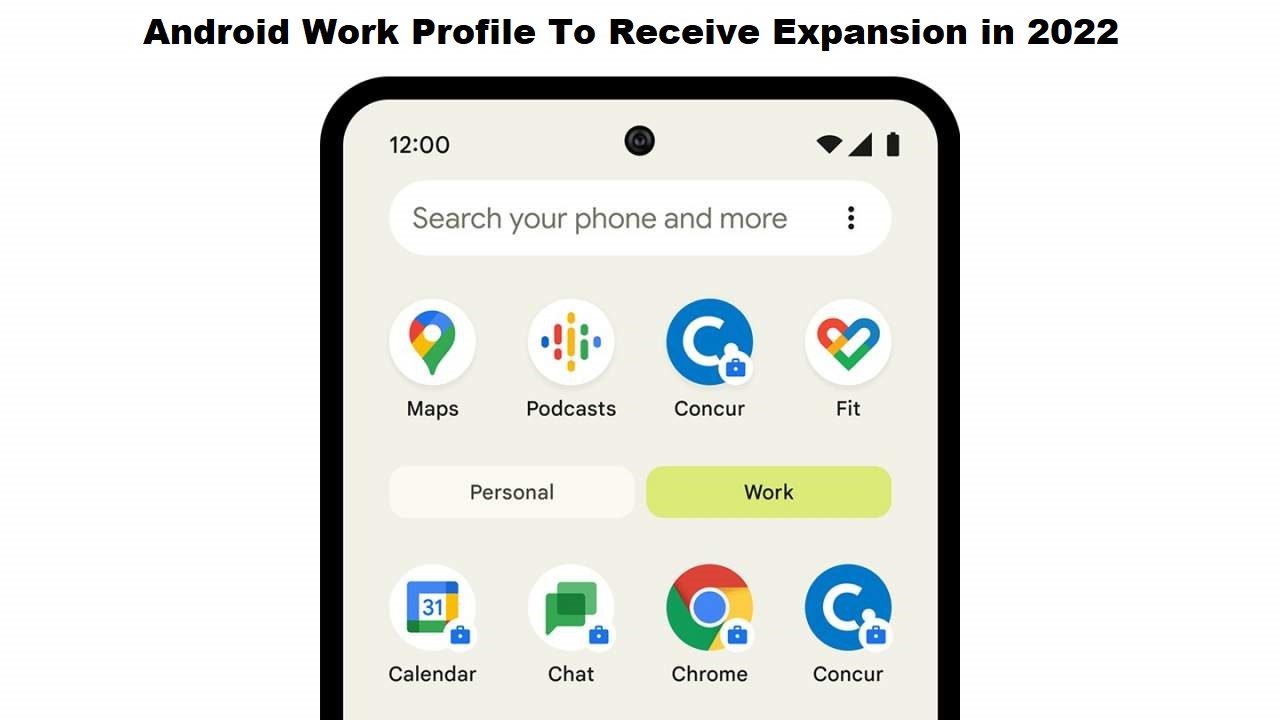 This feature would enable all users to separate their work and their personal lives on just one handset, but it is only available for managed devices at this point in time. This change will take place next year when Google finally decides to bring the feature to workspace users with more interesting features to step in.

The need for users to keep up a work-life balance is of the essence, even more, important than ever with lots of people switching to remote work. Although lots of people own a dedicated work computer different from their personal computer, that’s less common when it comes to mobile devices.

As a result, one’s work apps and account get often mixed with some personal content, making it a lot harder to prevent work after hours while shooting up the risk of security.

The solution offered by Android’s work profile feature is by separating one’s work and personal content, adding a small briefcase icon to apps meant for work. This means that users that possess a work profile will have two instances of Gmail on their device, one that is totally dedicated to working for the email they use for business.

This feature can only be accessed by Android devices that are managed with EMM software. In its update, Google stated that they would bring work profiles to workspace users in 2022, though they did not offer a more narrow release date.

This would make this feature to devices that are unmanaged for workspace users. Google Stated that it also has plans to expand the work profile available to Android device that has other identity provides, too, but no more details on that plan were given.

Google will no doubt come back with some additional information in the future regarding things like what version of Android would have support for the work profile.