The amazon rainforest has a long history, other than being the world’s largest tropical rainforest, it also holds geographical areas under control by nine nations bit most of it is in Brazil’s possession. That shows the extent of its landmass. 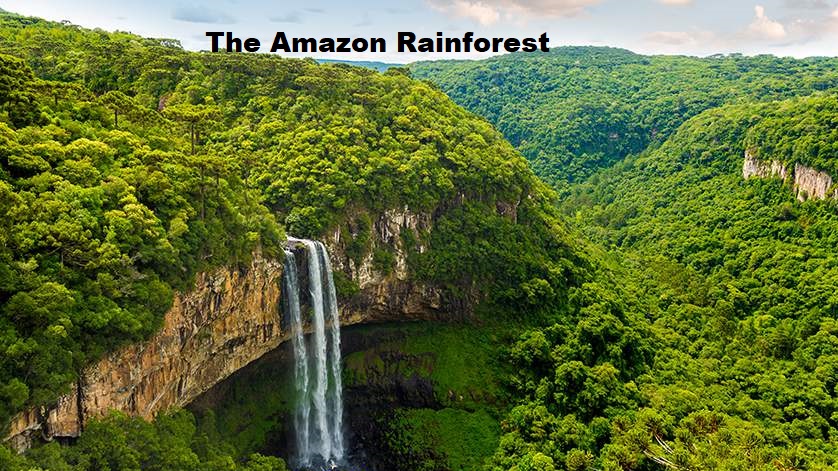 The amazon forest is known by many names such as the Amazon jungle, Amazonia, the lungs of the earth, and so on. Being the most biodiverse tropical rain forest in the world makes it shelter 390 billion trees independently which are of 16,000 species.

The amazon rainforest is a tropical rainforest, to a great extent covering much of the Amazon basin of South America. The amazon rainforest aka the amazon jungle is known to contain approximately half of the surviving rainforest in the world. Based on its fame and importance, the name ‘Amazonas has been used by four countries as a name representing their high-level administrative regions. Moreover, Amazonas is actually gotten from a Greek myth which is a name given to a tribe of female warriors.

The legendary Amazon rainforest – the home to 30 million people which are of 350 various ethnic groups. The amazon jungle is known to have witnessed lots of fighting and wars from nearby-living tribes of the Jivaro as they are called to be.

As a matter of fact, some of the tribes of the Jivaro are known for headhunting for trophies. A great number of continuous chronic fighting has been seen regularly among the Yanomami tribe based on reports from missionaries to the area.

History made us know that 40,000 indigenous Amazonians lost their lives through the effect of typhus and Malaria which were the diseases brought by the immigrants who came due to the amazon rubber boom.

This was a major happening in the history of the Amazon. Based on profound research and deep study, the amazon is known to be home to humans for about 11,200 years ago. There is evidence guiding this fact and continuous growth led to various changes in the forest outlook.

For its great biodiversity, it is renowned for containing one in ten familiar species in the world. So unbelievable! Based on such known facts, therefore, it houses the biggest collection of animal and living plants in the whole wide world.

As a matter of fact, millions of insect species, thousands of plants, birds, and mammals are inhabitants of this jungle. Based upon scientific proof, about 2,000 fishes are classified in the region and also, one out of five species of fishes in the world are living in the Amazon waters.

There is a big climate change in the Amazon Rainforest, lots of things going down that might result in the forest getting destroyed if preventive measures are not taken. A large amount of release of carbon has brought noticed in the forest and it’s increasing year by year.

This as a result is causing an increase in global warming. To tell the truth, the amazon rain forest is emitting more greenhouse gases than it’s absorbing which was a report made this year.