Ghost in the Shell originated as a Japanese manga series written and illustrated by Masamune Shirow beginning in 1989. It is a series that takes place in a fictional city in mid-21st century Japan. It tells the story of a group of special operatives, Public Security Section 9, who fight terrorism, corruption, and cybercrime. 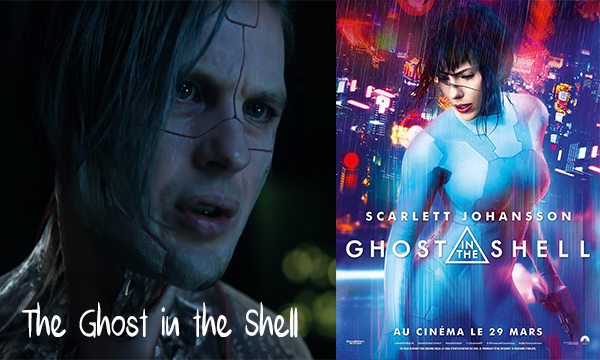 The series plotted In a futuristic world in which some people have cyber brains, others have prosthetic bodies, while some others have both. Having a cyber brain has advantages (like connecting to various networks) and disadvantages (like the ability to be hacked). The “ghost” in the title refers to human consciousness, and the “shell” refers to the cybernetic body.

As for a modern retelling, the themes of the story (questions about what defines humanity as artificial intelligence grows increasingly prominent) continue to fascinate movie lovers. The original movie adaptation, a Japanese animated film released in 1995, has a large following, including directors Lana and Lilly Wachowski.

The Ghost in the Shell

Although the manga has thrown out a second animated film, TV series, and a handful of video games, it had never been rendered as a live-action film which may have raised a few eyebrows.

It received mixed reviews, with praise for its visual style, cinematography, action sequences, and score, but criticism for its story and lack of character development. The controversy stirred as the casting of Caucasian actors, particularly Scarlett Johansson, drew accusations of racism and whitewashing in the United States.

When Did the Controversy Begin

Soon after Johansson’s casting was confirmed in January 2015, fans launched a petition for the role to be recast: “The original film is set in Japan, and the major cast members are Japanese. So why would the American remake star a white actress?” In April 2016, the first photo of Johansson in the movie (in which she is called simply “Major”) reignited anger about her casting.

The day after the photo was released, Screencrush published a report that Paramount and Dreamworks had tested out post-production visual effects that would have made Scarlett Johansson appear more Asian in the film.

Critics, led by celebrities such as Constance Wu, pointed out not only did not correct but arguably exacerbated the central problem. Paramount responded to the report, stating that “A test was done related to a specific scene for a background actor which was ultimately discarded.

Absolutely no visual effects tests were conducted on Scarlett’s character and we have no future plans to do so.”

Ghost in the Shell was a box-office flop. Costing Paramount a whopping $110 million in production of the live-action remake of the 1995 anime dished out only $19 million in U.S. box office revenue in its opening weekend. Paramount’s domestic distribution chief Kyle Davies told CBC News in an interview that he thinks that had to do with the “conversation regarding casting.”

“You’ve got a movie that is very important to the fanboys since it’s based on a Japanese anime movie,” Davies said. “So you’re always trying to thread that needle between honoring the source material and make a movie for a mass audience. That’s challenging, but clearly, the reviews didn’t help.”