Spider-Man: No way Home becomes the first pandemic movie to hit $1 billion. The movie which has been racking and stacking up praises from both fans and critics alike has been making it big at the box office. 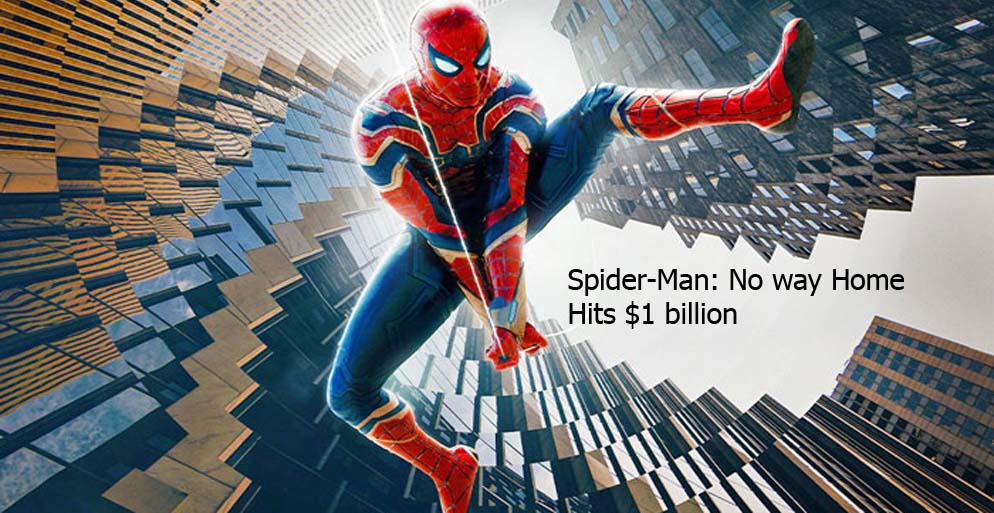 The latest Spider-Man movie, no way home did not just defeat villains from previous spider man movies but the movie has also toppled the box office. The movie is the first to debut in the pandemic era to hit $1 billion globally.

How Long It Took For the Movie to Hit $1 Billion

It was posted on the movie’s official Twitter account on Sunday that it only took 12 days to hit the $1 billion mark. The movie starring Tom Halland and Benedict Cumberbatch (Dr.Strange) has won over the hearts of both fans and critics alike drawing great reviews on how it incorporates various elements from past spider man movies from the Andrew Garfield and Tobey Maguire era.

In the United States, Spider-Man: no way home is the top-grossing film at $467.3 million. And in the process easily topped Shang-Chi and the legends of the ten rings which is another Marvel Cinematic Universe Movie. The latter has however raked in $224.5 million according to reports from BoxOfficeMojo.com.

The Effect of Comic Book Movies on the Industry

Comic book movies have kind of kept the pandemic abay by keeping many consumers away as comic book movies continue to dominate theaters all over the world and studios kept releasing some of their films on steaming platforms (an example is the matrix resurrections, which only raked in $12 million at the box office on the releasing weekend but was also available on HBO Max).

And beyond the spider man and Shang-Chi movie, it is interesting to know that the next top-grossing movies are Venom: let there be carnage, black widow, F9: the fats sage making up the top five.