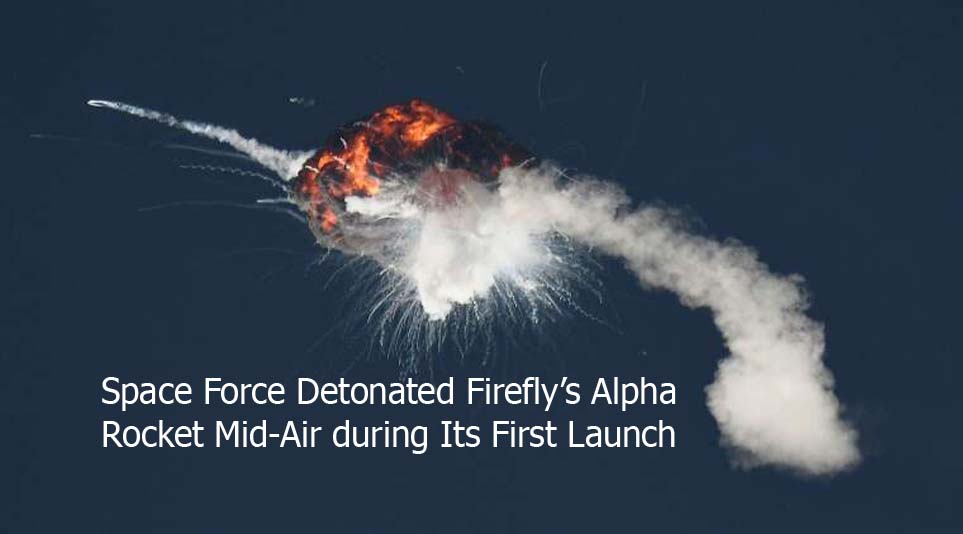 Officials from the space force said the rocked was shot down because it was tipping off course and sideways just after reaching supersonic speeds. The parent company, firefly went on to say that they are working with the various regulatory bodies in investigating the cause of the said failure.

The rocket, alpha, standing at ten stories tall, took off from the Vandenberg space force station and base in California at exactly 9:59 PM ET on Thursday. The rocket was supposed to send a variety of tiny private satellites to space without charging the owners.

Being firefly’s first-ever space mission, it was no big surprise that it failed. Just after two and half minutes into liftoff, the rocked began swinging to the side, tipping horizontally, and fell short of reaching its aerodynamic pressure at maximum.

What the Company Had To Say

The company said in an official statement that “it was too early to know what caused the mishap. We will be diligent in our investigation with the space force and the federal aviation administration. We are happy to report that there are no injuries associated with the anomaly.

Firefly in a statement said that it achieved a key number of mission objectives on this one despite the explosion. Some of the successes recorded included a successful first stage ignition, a clean liftoff from the pad, and lastly progression to the supersonic speed. It continued to say that the generated test flight data will help the company to move forward with the testing and development of the rocket.

The rocket has been under development for almost a decade now and it is the company’s counter space rocket designed to convey tiny satellites into space. It will be serving as one of the many small launchers across the industry that are still in their early stages just like Astra’s Rocket 3 and Relativity’s Terran 1. However alpha is a bit bigger than its rivals and it is powered by four of the company’s Reaver engines and also designed to send 2,200 pounds of payload to low-earth orbit.

The company, firefly aims to sell a dedicated launch on alpha for $15 million in coming times. And once the rocket is operational, it will be able to covey payloads that are heavier to space than its rival rocket labs electron rocket that is well into operation or the virgin orbits air-launched LauncherOne rocket. The LauncherOne rocket just launched its first commercial payload to space back in June.