Siri Support is now on Ecobee Smart Thermostat which is really great. Just after Apple’s WWDC 2021 keynote today, ecobee stated that their SmartThermostat with voice control would be the first SmartThermostat device to get built-in Siri support. With this, customers that have invested heavily in the Apple ecosystem can make use of their HomePod mini and HomePod Smart speakers to relate with the smart thermostat by making use of the typical ‘Hey Siri’ command. 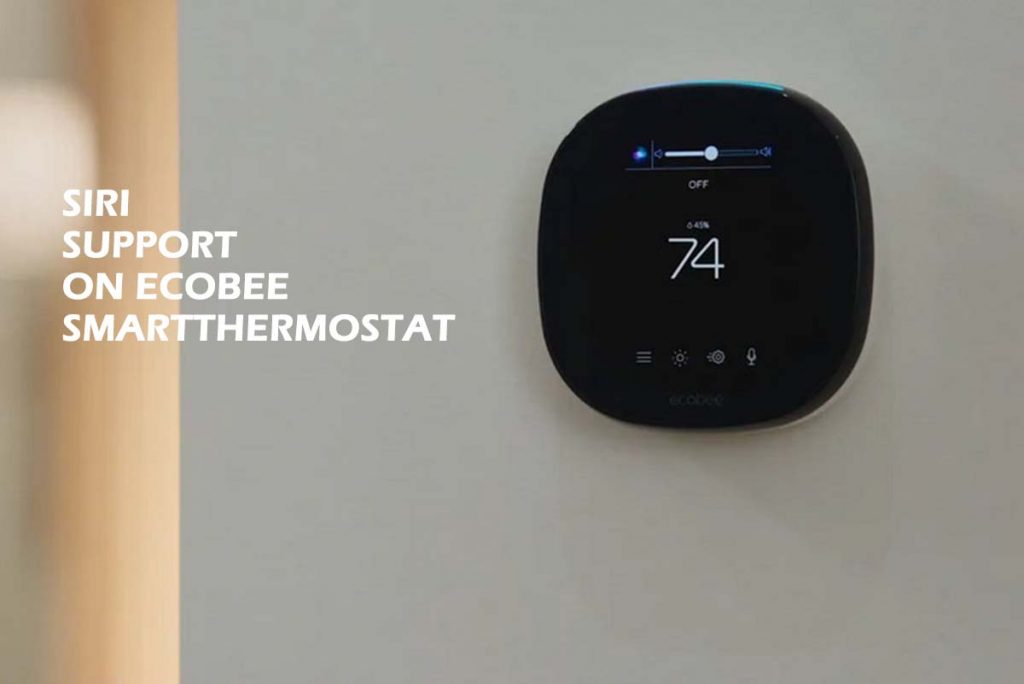 This SmartThermostat with voice control now features Amazon’s Alexa built-in, as well as Spotify support and a speaker for things that include you listening to podcasts, controlling other Alexa devices making use of one voice, and using the Bluetooth to connect to an entirely different smart speaker. This new Siri built-in support now works with Alexa to make the thermostat much better and useful for all Apple users.

As stated by ecobee, the Siri built-in support would no be made available to both the existing and new SmartThermostat with the owners of the voice control. This news follows the announcement of Apple that Siri is now available to third-party HomeKit devices. This now places Siri much closer to Google Assistant and Amazon Alexa, both of which are found on multiple connected smart home devices.

This new support would be available to all SmartThermostat owners later in the year, although ecobee does not have a specific available date at this time. Users that would prefer mobile control over voice commands can still make use of their mobile device to control the smart Thermostat when required.

When talking of the latest support, ecobee Founder and CEO Stuart Lombard stated that “they are happy with the fact that they would be integrating Siri into ecobee’s SmartThermostat with voice control and would offer Apple customers a much better and seamless experience in the entire house.

He further stated in the same post that “With every advancement to our products, we hope to make our customers’ lives better, with devices that bring even more convenience to each day. Today’s announcement brings that promise to life by opening up new ways for our customers to interact with our SmartThermostat using Siri”.