Google meet Backgrounds gets a lot better both on Android and on the web. Video chats and conferences is not something new to anyone for a long time now, but zoom might just get credited for making it trendier during the pandemic period. 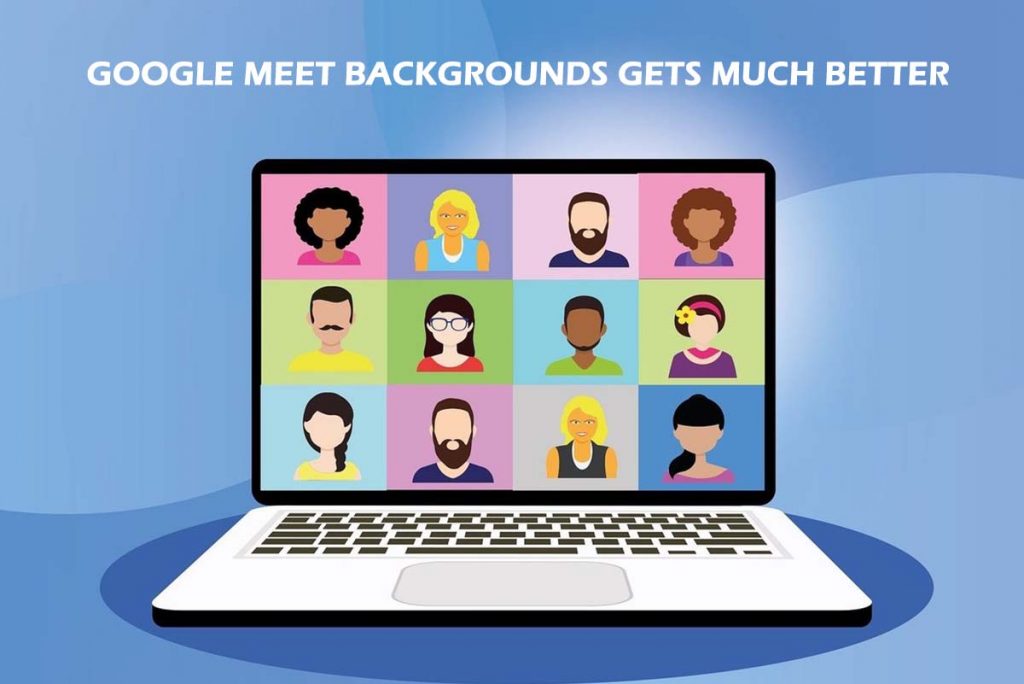 Google Meet Backgrounds Gets Much Better

This also got a lot of people to realize that not everyone entirely has the space, talk of a wall, fit for such online interactions, and soon enough, almost every video chat services would have kicked off, allowing the users to make changes to their backgrounds.

Google meet also stated that it was capable for a while, but it is only now that it’s Android app is getting that feature even as it expands the capability of the version available on the web beyond static images.

This might just sound like a whimsical feature, but for you to be able to change your background has some important implications. As a lot of people got thrown into more remote work situations, some of them found themselves scrambling to build up a better space for such calls. Changing your backgrounds not just only removes the stress from that pressure but it also offers a slice of privacy knowing that others would not be able to see what is in your back.

That features have been in the google meet web version, but it is now coming to the Android version. You also get to choose from Google’s own selection of backgrounds or upload your own backgrounds, preferably something that is acceptable to everyone taking part in the meeting. This feature would be available to iOS soon and is seemingly limited to the G Suite and Google workspace customers only.

Desktop users of Google meet, now get to select videos to make use of as their background instead of static images. Again, you also get to choose from what Google provides, currently limited to a classroom, a party, and a forest. This list would further expand the promises of Google, and would bring this same feature to mobile in the coming future. This one is open to anyone, including those with personal Google accounts only.

Of course, the features happen to be Google’s only way to show off some of their AI and computer vision chops. Custom backgrounds have become a lot more notorious for coming up with some hilarity because of the way the software failed to take into account some colors, hair forms, or some facial features. Being in possession of a video playing right behind you is pretty much Google’s way of showing off its awesomeness.,