Shopify Has A ‘Textbook Pirate’ Problem, Publishers Allege. Five major publishers have been said to sue Shopify over pirated learning materials like PDFs of eBooks and test materials, saying that the e-commerce platform has failed to remove the listings and stores that violate the publishers’ trademarks and copyrights. 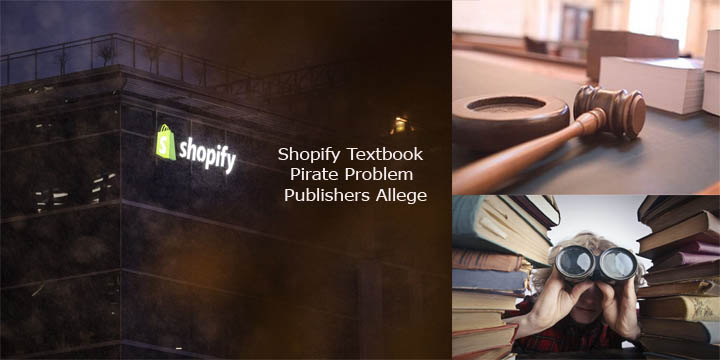 According to the verge, the lawsuit presently filed in the US District Court for Eastern Virginia, claims statutory damages higher than $500 million.

The publishers Pearson Education, Inc., Macmillan Learning, Cengage Learning, Inc., Elsevier Inc., and McGraw Hill say in the lawsuit that Shopify “assists and profits from the online sale of infringing copies” of the textbooks and other products.

The publishers also say that Shopify has received “detailed notices virtually every week for years” that identify listings selling pirated content and related store URLs but has failed to block sellers from using the platform.

According to the publishers, Shopify continues to offer services like storefront building, web hosting, and payment processing to sellers who are known to list pirated content.

“Shopify furthers its business model and bottom line by enabling known repeat infringers in their continued infringement,” the lawsuit alleges.

Shopify president Harley Finkelstein has previously said that if the company sees storefronts that are infringing on a copyright or trademark, it’s removed. But the publishers say anyone looking at the storefronts, including Shopify, can see that they are dedicated to selling pirated textbooks.

The publishers also say that Shopify’s failure to control “textbook pirates” hurts their bottom line. Illegal digital copies of textbooks are sold “at a fraction of the price of the legitimate digital textbooks, thus diminishing their perceived value and resulting in lost sales,” the lawsuit alleges.

Textbook piracy, in part, is driven by the soaring prices of learning materials and what critics say allows publishers to maintain a stranglehold on the industry. Textbook costs rose 88 percent between 2006 and 2016, according to a study by the Bureau of Labor Statistics.

And though publishers have claimed that digital textbooks make materials more affordable, critics say ebooks don’t fix the affordability issue because access sometimes expires after a certain date, or they can’t resell them to recoup costs.