Senior Engineering Program Manager Ashley Gjovik Fired By Apple for Allegedly Leaking Vital Pieces of Information. Remember a few months ago where a said Gjovik was making the headlines by tweeting about allegations of harassment and intimidations at apple? Yes, well, she has been sacked by apple. 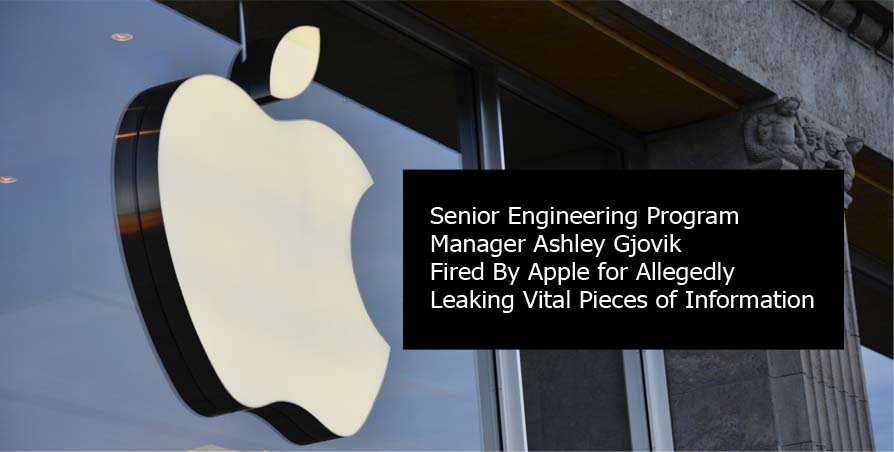 Apple finally has fired its senior engineering program manager Ashley Gjovik for allegedly violating company rules against the leaking of confidential information after months of openly tweeting about surveillance and security in her workplace.

In her own words, she said “when I began raising workplace safety concerns in march, and nearly immediately faced retaliation and intimidation, I started preparing myself for something exactly like this to happen.” She continued “I’m disappointed that a company I have loved since I was a little girl would treat their employees this way.”

The person of Gyovik has raised concerns that her office is in a building owned by apple located in a superfund site. This means that it requires a special oversight due to historical waste contamination. Also, she added that she faced bullying and harassment from her manager and team members. Again she began raising concerns regarding Apple’s policies on how it searched and surveyed the work phones of employees.

In early August she was placed on administrative leave while an investigation was carried out regarding the concerns raised- a placement requested as a last resort. Earlier today, a member of Apple’s employee relations team reached out to Gyovik saying apple was looking into a “sensitive intellectual property matter” and also wanted to speak to her within the hour.

Gyovik on the other hand stated that she wanted to keep everything formal by keeping all communications in writing. She also noted that she was forwarding the correspondence along to the NLRB where a file was charged recently by her. The correspondence responded later that since she did not take part in the discussion they would move forward with the information they had. And with the seriousness of the situation, her access to apple systems was suspended.

What Apple Has to Say

Hours later Gyoviks employment at apple was terminated effective tomorrow via an email. Apple spokesperson in response to a request for comment from the verge said “we are and have always been deeply committed to creating and maintaining a positive and inclusive workplace. We take all concerns seriously and we thoroughly investigate whenever a concern is raised and, out of respect for the privacy of any individuals involved, we do not discuss specific employee matters.”