Samsung reportedly replace all 3 of its CEOs and in the process merging various units in its alleged management restructuring. The reported move of the tech giants involves the company in combining two of its most important businesses. 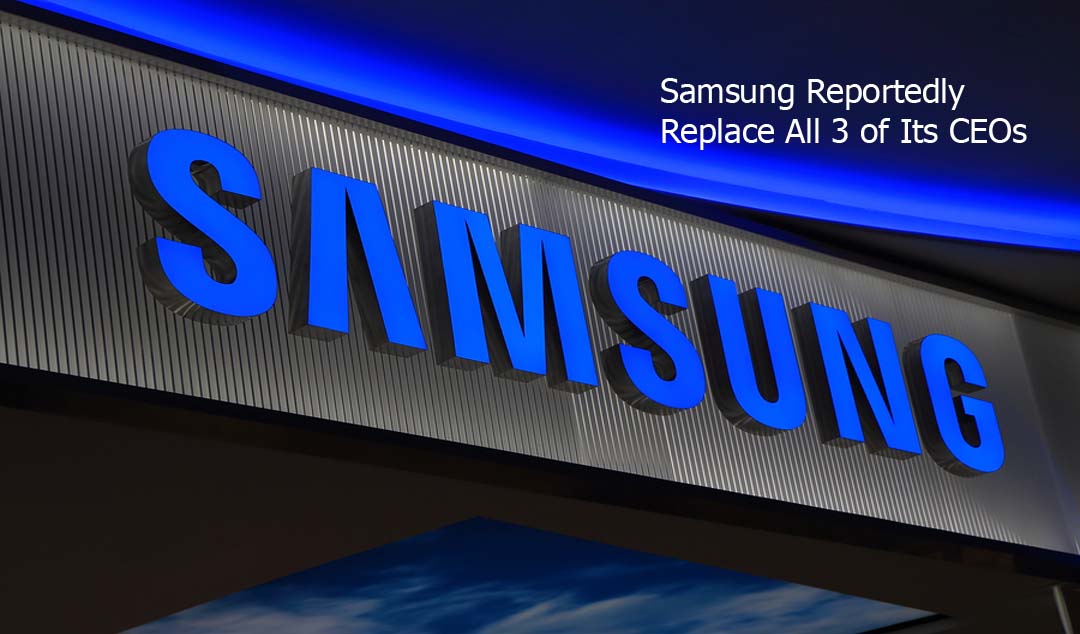 Samsung Reportedly Replace All 3 of Its CEOs

With the ongoing restructuring and shuffling in the company, it is the most dramatic makeover in the company’s history in four years. Former president of the company’s visual display business, Han Jong-he was promoted to CEO and the position entails him overseeing the SET division that was just newly created. The division was created by the merger of the consumer electronics and IT and the mobile communications divisions.

Other Areas of Restructuring in Samsung

The electronics company sells more TVs and phones than any other company in the world. Another aspect where the company is successful is that it has a big business in selling memory chips to device makers all over the world.

And in the wake of the coronavirus pandemic, the company’s chip business has spiked given the fact that people had to work from their homes and data centers store everything we are doing online. In October this year, Samsung announced its highest ever quarterly revenue owing to the increasing demand and prices for memory chips.

Samsung’s semiconductor business reported a 16% increase in its sales in the third quarter of 2021 owing to the continued strong demand for PCs and servers as major companies keep opting for hybrid work environments and arrangements.

What the Company Thinks About the Changes

These three have been in the position for the past four years and were also widely expected to remain in place amid the ongoing intense competition in the company’s consumer electronics sector.

The presidents were also seen as providing stability to the company while the heir to the family that owns the Samsung conglomerate, Jay Y. Lee was in prison after he was convicted of bribing the then president of Korea back in 2017 in helping him increase his power over the company.

However just days after he was released from prison in August, Samsung announced its plans to invest $205 billion over the next three years in various industries ranging from semiconductors, telecommunications to biopharmaceuticals. Back in November, the Samsung Company said that it would build a $17 billion semiconductor factory in central Texas. This is a massive investment that comes in a time where there is a massive global ongoing chip shortage.