The Samsung Exynos with AMD GPU Might Arrive Soon, and when it says soon I mean next month. The ARM Processor market definitely has become more amazing lately right after the app entered with its M1 Silicon. 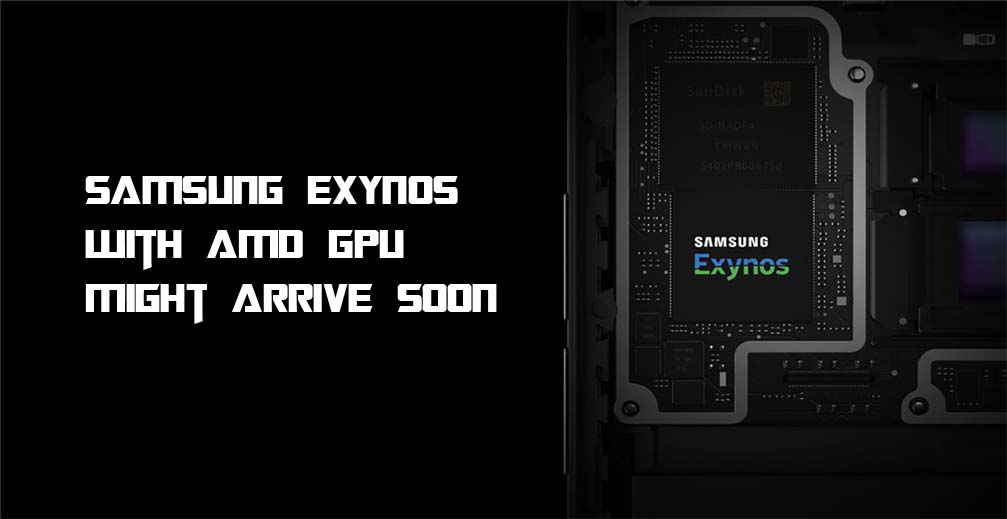 Unsurprisingly, rumors point that Google should be preparing their own “Whitechapel” processor, for one, and Arm itself has recently announced their next-gen C{U and GPU cores.

However, one of the highlights of this year in that space might just be Samsung’s processor, showing the first visible fruits of its partnership with AMD. This would be revealed finally in few weeks to come with the first Exynos with AMD RDNA2 officially debuts.

These two companies have been sending hints and teasers about this type of particular processor but the most direct confirmation of its very existence took place this month.

AMD stated that the next-gen Exynos SoC at this year’s Computex 2021 conference would bear its RDNA2 graphics microarchitecture. This technology is the same one being used in the PlayStation 5, Xbox Series X, and the latest Radeon RX graphics cards.

This would most likely bring down the implementation for mobile limitations but it might still offer Samsung’s Exynos an edge over the competition. V

variable-rate shading and ray tracing are what would be the buzzwords expected to make their way to the mobile Space all thanks to this GPU tech but would probably not on the same level as consoles and PC or laptops.

A lot of details are still not clear at the moment but before the expected launch of the Galaxy Z Fold 3 and Galaxy Z Flip 3, this new chip would not be available soon on the devices.

More importantly, it remains to be seen if the first device that houses the Samsung and AMD collaboration would actually be a smartphone or some type of laptop that is designed to face up Apple’s new breed of M1-powered Macbooks.