The Safari Park San Diego formally called the San Diego Wild Animal Park is an international, Nonprofit conservation organization with two front doors. The park is one of the biggest tourist attractions in all of San Diego County. 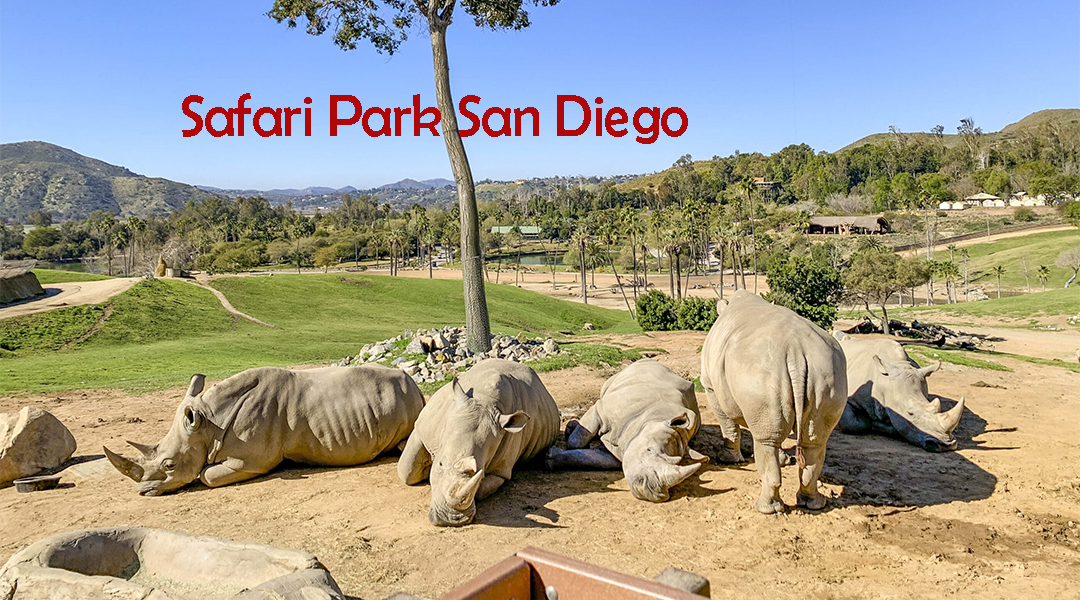 The park is home to a lot of wild and endangered animal species from continents all over the world including Africa, Asia, Europe, North and South America, and Australia.

The park is a semi-arid environment, and one of its most notable features is its Africa Tram that explores the expansive African exhibits. The park is home to these free-range enclosure’s animals including antelopes, giraffes, buffalo, cranes, and rhinoceros.

The park is quite known for its California Condor breeding program, which is recognized as the most successful program in all of the United States. Integrate wildlife health and care, education, science in order to develop sustainable conservation solutions.

Conservation is at the heart of everything that we wish to do. And it begins with the connection that we make with people and wildlife every single day. Because “if wildlife thrives, all life thrives.”

About the Safari Park San Diego

The park receives around 2 million people annually, and it is home to over 2,600 animals representing over 300 species, as well as 3,500 plant species.

Depending on the season, the park staff is about 400 to 600 employees. The park is also Southern California’s Quarantine center for zoo animals that were imported right into the United States through San Diego.

The park is home to the largest veterinary hospital. Right next to the hospital is the institute of conservation research, which also houses the Frozen Zoo of the park.

The Zoological Park and the San Diego Zoo are both run by the nonprofit San Diego Zoo Wildlife Alliance. The park is about 32 miles (51 KM) away from the zoo, at 15500 San Pasqual Valley Road, east of Escondido, California, along California State Route 78. Even though the park is located with the San Diego city limits, it possesses an Escondido Address.

The park has several exhibitions that attract lots of visitors from around the world yearly. This exhibition includes:

The largest exhibit in the park coves over 300 acres and is an open range enclosure. In the Asian Savanna and African Plains, visitors get to view various plains habitats from Africa and Asia.

The Sumatran tigers, Denver and Cathy, Debbie and Diana possess three exhibits, and it has a glass window for visitors. Right after raising around $19.6 million for the new exhibit ground was broken on December 12, 2012.

Found in the Nairobi Village, this climate-controlled indoor exhibit was opened in 1993 and shows tropical African birds and insects. The building entrance is a simulated earthen crevasse that has a display for stick insects, spiders, scorpions, insects, millipedes, lizards, and snakes.

Opened in October 2004, the lion camp is home to the park’s six African lions Izu, Mina, Oshana, Etosha, Ken, and Dixie, in a 1-acre exhibit. The two lions of the park Ernest and Miss Ellen were moved to the San Diego Zoo.

Formerly recognized as the heart of Africa, these are the two major park exhibits. Visitors get to go down a trail that replicates habitats that are in Africa. The Exhibit started in African Woods with scrub animals bontebok, vultures such as the Egyptian vulture and the hooded vulture, and giant eland. Then it progresses to the forest.

The path further leads to the African Outpost and it features the plains animals which include the warthogs, bat-eared foxes, ground hornbills, kori bustards, secretary birds, white storks, yellow-billed storks, cheetahs, and nyalas against a backdrop of open-range East Africa Exhibit.