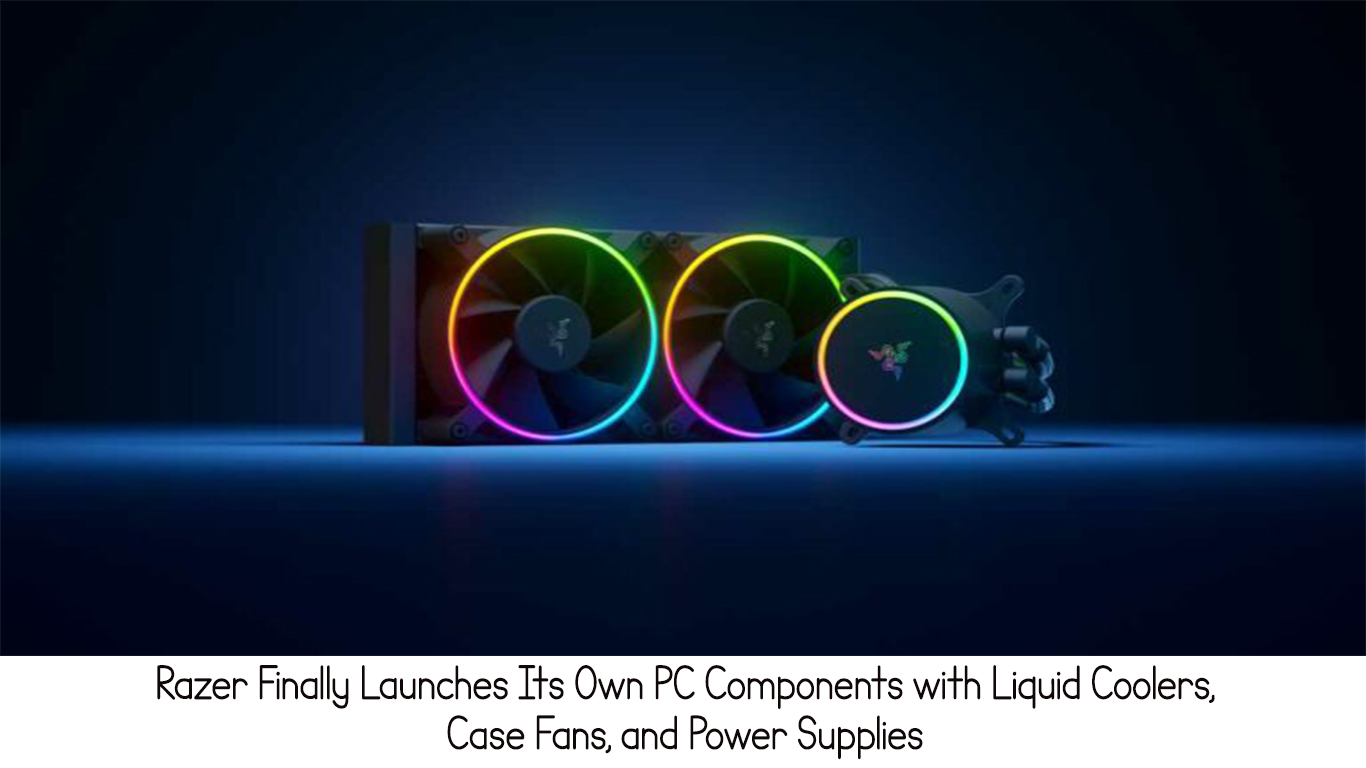 As you’d expect, all three include RGB lighting, a signature of Razer hardware. There’s even a PWM fan controller that will control up to eight fans and integrate into Razer’s Synapse software.

The Razer Hanbo is the company’s all-in-one cooler with an addressable RGB pump cap. Razer has partnered with Asetek to create this AIO cooler, and it says the Hanbo is designed for maximum thermal performance and silent operation. The pump orientates is 360 degrees, so you can place it in any case configuration.

Razer is making both 240mm and 360mm radiator sizes available, but the company isn’t releasing pricing information just yet. These AIOs will arrive at some point in November, and Razer says it will continue to collaborate with Asetek on new AIO coolers in the future.

Well according to the verge, Razer’s new Kunai fans are also designed to help you cool your PC build. These case fans use hydraulic bearings and will be available in both 120mm and 140mm sizes.

Razer is particularly proud of the static pressure in these case fans and says it has 70 percent more than the competition. You’ll be able to daisy chain these fans or control them in sequence together.

RGB Case Fans Wouldn’t Be Complete Without A Fan Controller

RGB case fans wouldn’t be complete without a fan controller, so Razer has also created a Pulse Width Modulator (PWM) fan, controller. It will support up to eight Razer Kunai fans and integrates fully into Synapse to provide customizable fan curve controls.

Razer has placed a magnet at the rear of the controller, so when you go to hide it during cable management, it will secure to any steel at the back of a typical case.

The final Razer PC component is a range of Katana power supplies. These platinum-rated ATX power supplies are fully modular and include a zero RPM aRGB fan with full Razer Chroma compatibility.

A variety of capacities will be available from 750W to 1,200W, and there’s even a 1,600W Titanium-rated PSU if you really want to go all out.

Razer to Use 105 Japanese Capacitors

Razer says it’s using Japanese 105-degree rated capacitors and high-quality components for its power supplies and expects to start shipping them in early 2022 once they’ve been fully certified. Now, Razer hasn’t announced pricing for the Katana power supplies yet.

Razer is entering a crowded market with its expansion into PC components, with players like Corsair, Cooler Master, NZXT, and Noctua all fighting to cool custom PC builds.

Without knowing full pricing, it’s hard to see exactly where Razer fits in yet, but the company’s Chroma and RGB lighting compatibility will certainly be appealing to some. Let’s hope the pricing is appealing, too.