PS5 console might be very hard to purchase due to fact that it is in high demand lately and at low stock levels at some major retailers. But it has been officially released. It brings users an entirely whole new level of gaming excellence, in part due to the capabilities of the PS console’s HDMI 2.1 port and cable. 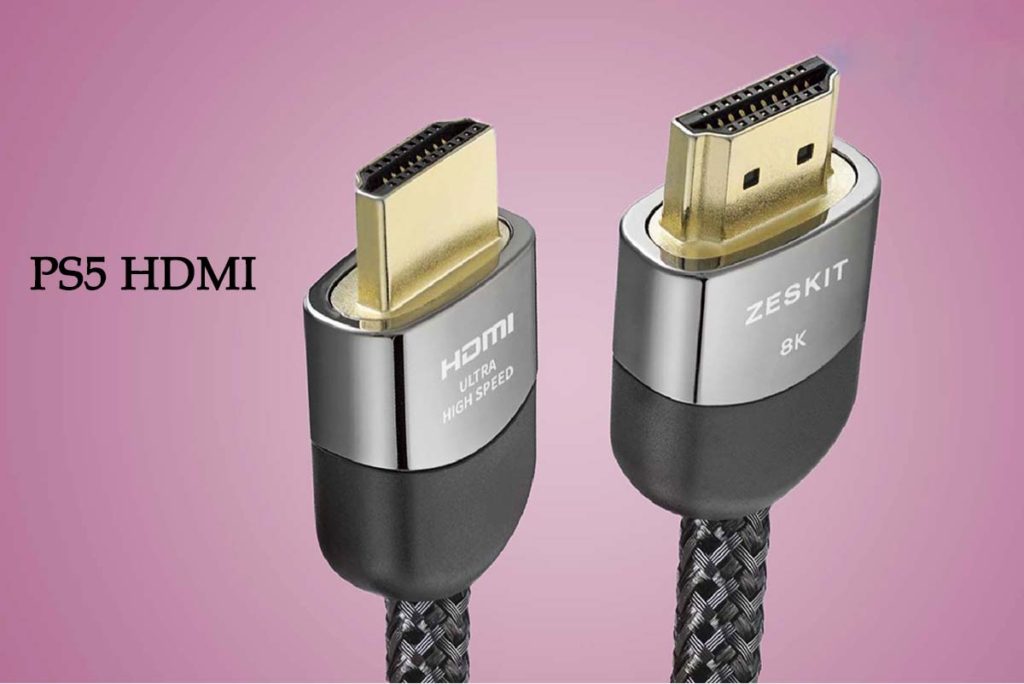 Now, what you need are the best TV and consoles HDMI capabilities that would get the most out of the new systems. The PS5 is capable of output in 8K at 60fps and it supports games in 4K that happens to be running at 60 or 120fps. However, games cannot be output at 1440p resolution -at least not at the moment.

PS5 make use of the HDMI 2.1 connection. This allows next-gen consoles to support higher frame rates up to 120 frames per second (FPS), which is a lot higher than the regular 60fps and 30fps frame rates seen on current-gen hardware. Not only does HDMI 2.1 allows for better frame rates, it also means that users can transfer 4K and 8K images directly from the console to your TV (if it can support those resolutions). One caveat to this is that 8K gameplay would be limited to only 60fps.

Out of the box, the Sony’s Playstation 5 comes with an HDMI 2.1 port at the back of the console and a matching cable.

Now, it is very important that you will be limited by your TV’s capabilities. If you happens to have a TV that does not support 4k resolutions, e.g you would not be able to play PS5 games in 4K, at any of the frame rate – likely making do with the HD. You need an 8K TV for you to play have an 8K gameplay too, but there aren’t really any PS5 games that is in 8K at the moment.

HDMI 2.1 cables are still functional in HDMI 2.0 ports, although, so you would be able to plug your PS5 into the regular HDMI port and something would be displayed on the screen. The difference is that It would not give you the best.

Since PS5 do not support 1440p, the resolution of a lot of gaming monitors and projectors, it seems likely that the graphics would default to 1080p instead, and this means that the PS5 won’t benefit massively from a 1440p resolution monitor or screen

As stated previously, the above HDMI cable and port are the HDMI 2.1 standard that meant the cable can transfer a lot faster than a regular HDMI port. In be specific, the PS5’s 2.1 HDMI has a bandwidth of 48Gbps, which is almost three times faster than a 2.0b.

This allows it to support 8K video at 60fps and 4K video at 60-120fps (depending on the game that you are playing). Let’s take spider-man: Miles Morales on PS5 as an example here. The game would be able to run on PS5 consoles at 4K/60fps – if your TV has an HDMI 2.1 port.

Let’s us say you are playing the game on a 4K TV that has an HDMI 2.0b port – which happens t be limited to an 18Gbps bandwidth – you’ll be looking at gameplay in 4k still, but it would run at a maximum of 30fps.

In other to put this simply, a PS5 hooked up to a TV that has an HDMI 2.1 port should, in theory give you the best results without having to sacrifice the frame rate or graphical quality. But just because the console would allow 4K at 60fps does not mean your TV can do it.