2021 first gaming phones are here. The big gaming phone brands are currently battling for dominance each year, and now the 2021 race has begun – Nubia has shown off its amazing red Magic 6 (as well as a Red 6 Pro), and it possesses some unique specs that we have not seen on any smartphone before. The Nubia Red Magic 5G is at the top of our list for the best gaming smartphones for quite some time now, so we are eagerly anticipating the next-gen model. 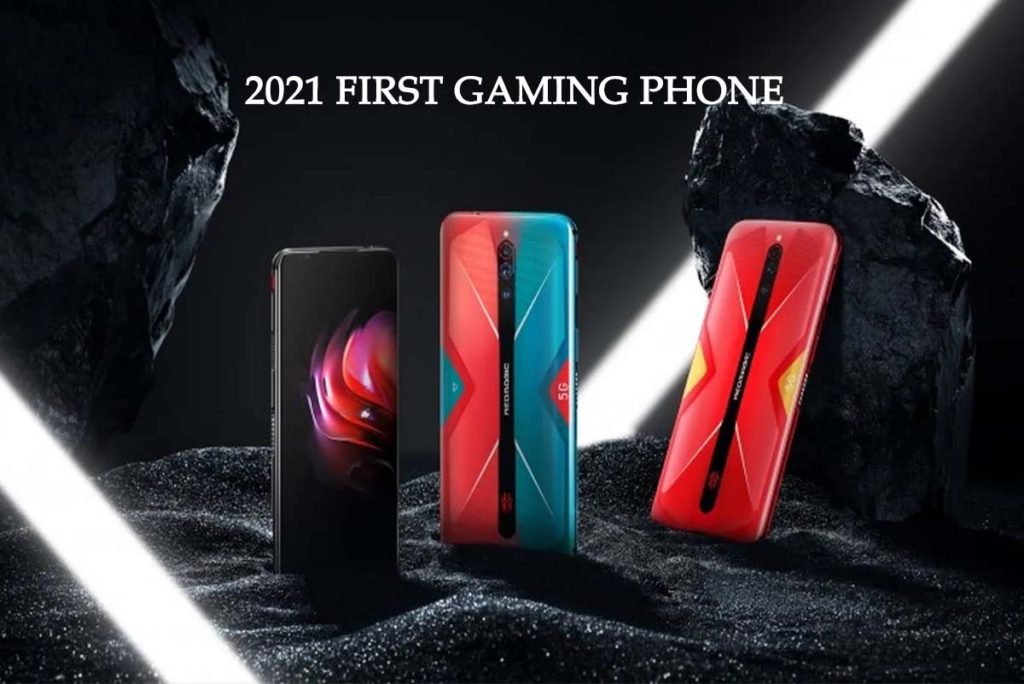 This smartphone was revealed at an event that was held in China, but the company confirmed the fact that there would be a global launch.

A Nubia Red Magic Watch was also unveiled. That is a new 1.39-inch lightweight smartwatch with sleep tracking, a heart rate monitor, health rings, 5ATM waterproofing and more. Some of the features have been teased already. They include the 16 sports modes and soccer-pitch heatmap.

Below, the specs of the Nubia Red Magic 6’s Specs would be stated below, but it looks to be an exciting device that the ASUS ROG Phone 5, Xiaomi Black Shark 4, and the Lenovo Legion phone 2 would compete with very closely.

The Red Magic 6 has taken out the competition in the department of the display. It happens to be the first phone to possess a 165Hz refresh rate display, beating the 144Hz a few phones use, meaning the display refreshers 165 times per second.

The phone also possesses a 500Hz touch input rate, another spec that beats another phone, meaning the display picks up your touch 500 times per second, so games should feel super responsive. The screen actual size is 6.8 inches too, so it is pretty big and would give you a much better display. It is said to come with a new-and-improved fingerprint scanner, that happens to be 50% faster than the red Magic 5G’s.

Aside from the pretty great screen size, there also happens to be a Qualcomm Snapdragon 888 chipset here, the newest and the most Powerful Android chipset to date, make sure of fast speeds for games. There also happen to be physical triggers, that some gaming phone happens to have. So, you can replicate the feel of making use of a game controller.

The smartphone also came with some dedicated software so that when you are gaming notifications would be muted and the device’s processing power would be placed on the game. Other software on the Red Magic 6 includes the ability to stream your game into a PC screen easily, and it should be useful for streamers.

According to the red Magic 6 pictures, it come with three rear cameras – we have only heard of one. It has a resolution of 64MP. Presumably at least one of the others in an ultra-wide snapper, but can’t be said.

It has a big battery of 5,050mAh battery, and snappy 66W charging that Nubia stated would power up your phone in just 38 minutes. The red magic 6 pro comes with 4,500mAh which is smaller but has a much faster charging of 120W.

The price of the phone was not stated by Nubia. It is not too bad though because it would have a Chinese Yuan price, and conversions of those rarely reflect launch prices in other countries. We should just wait for the full roll-out in other to see if the price would match up the specs.