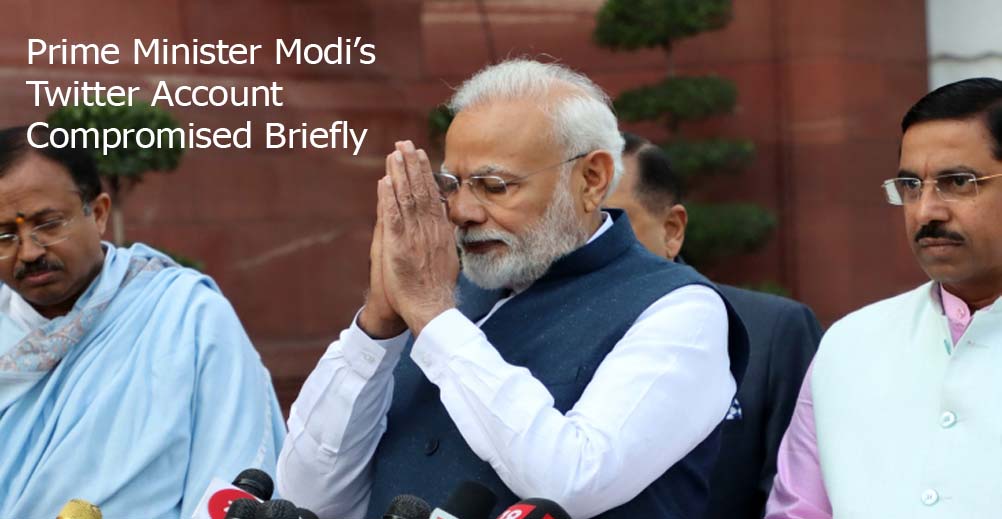 After the incident, Prime Minister Modi’s account whose handle is @narendramodi tweeted that India has adopted bitcoin as its legal tender officially. The tweet however prompted suspicions regarding a hack all due to the timing of the whole announcement. Another reason for the suspicion is that new Delhi recently has suggested that it would be introducing strict rules in regulating cryptocurrency.

India’s Plan and Approach Towards Cryptocurrency

Indians finance minister Nirmala Sitharaman late last month reported that New Delhi had no proposal as to accepting and recognizing bitcoin as one of the country’s currency. The tweet on Sunday which has been deleted already from the platform added a link to a shady website and also included that the country has purchased some Bitcoins and that it was also planning on sharing them among the residents of India.

Tweeted on Sunday from the prime minister’s office shared that the account has been secured fully and any tweets shared during the said period must be ignored.

The prime minister together with the social media network said that the necessary steps were taken immediately to secure the account as soon as both parties became aware of the activity on the account.