The Pre-Order for the Sony Xperia 1 III would starts next week. With LG’s stepping into the smartphone market, Analysts and watchers might have just started to wonder if Sony or HTC, or both would soon. As if to prove that it isn’t down for the count yet, Sony unveiled the high-end Xperia 1 III two months ago. 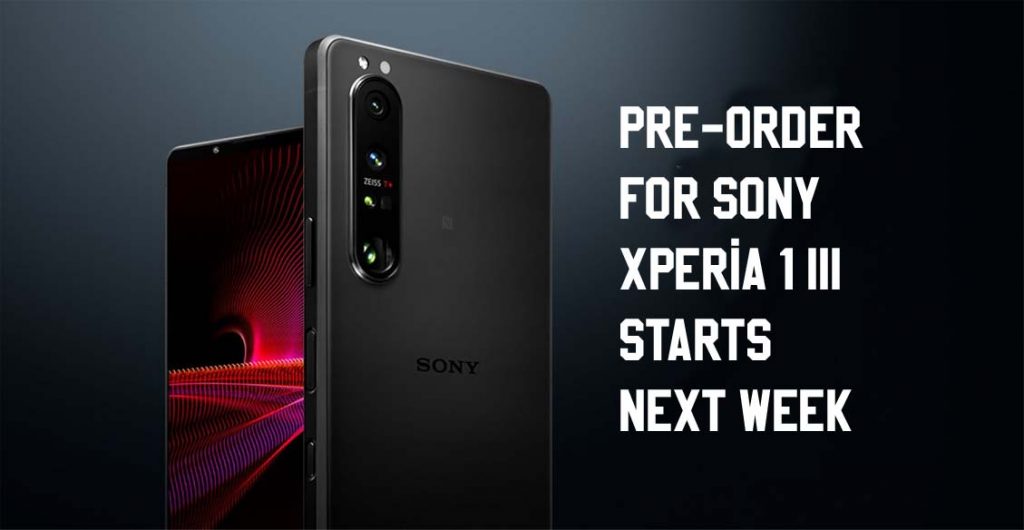 That is just how long it took for the company to actually begin to accept pre-orders for one of this year’s most expensive “normal” smartphones, with no firm date on when it would actually ship.

Sony’s Smartphone has always been very expensive, even more than most of its peers. There has, of course, been some pushback from consumers switching over to the less expensive models, but Sony has so far stayed its course in spite of that. The Xperia 1 III happens to be no different and slightly goes beyond some of the priciest handsets this year, and with a very good reason.

They came with two technologies that are not found on any other smartphones, at least not at the moment. The highlight is, of course, that 12MP telephoto camera with the market’s first variable optical telephoto lens. Giving it a very effective optical Zoom of 2.9x to 4.4x. The other two 12MP cameras also borrow technologies for Sony’s Alpha series of mirrorless cameras, like much-touted Eye AF.

The Xperia 1 III also is the only smartphone that comes with a 4K 120Hz OLED screen. But sony has always been an outlier when it comes to mobile screen resolution anyway. With the Snapdragon 888, 12GB of RAM, 128GB of storage, advanced audio hardware. And the ability for you to be able to connect to Sony’s cameras, no wonder it is expensive.

The Sony Xperia 1 III pre-order has been said to kick off on July 1. It comes with a price tag of $1,299 which is a little bit higher than an equivalent Galaxy S21 Ultra 5G. with that said, Sony has not talked about when the phone would ship. Or when it’s more affordable Xperia 5 III mid-range would arrive.