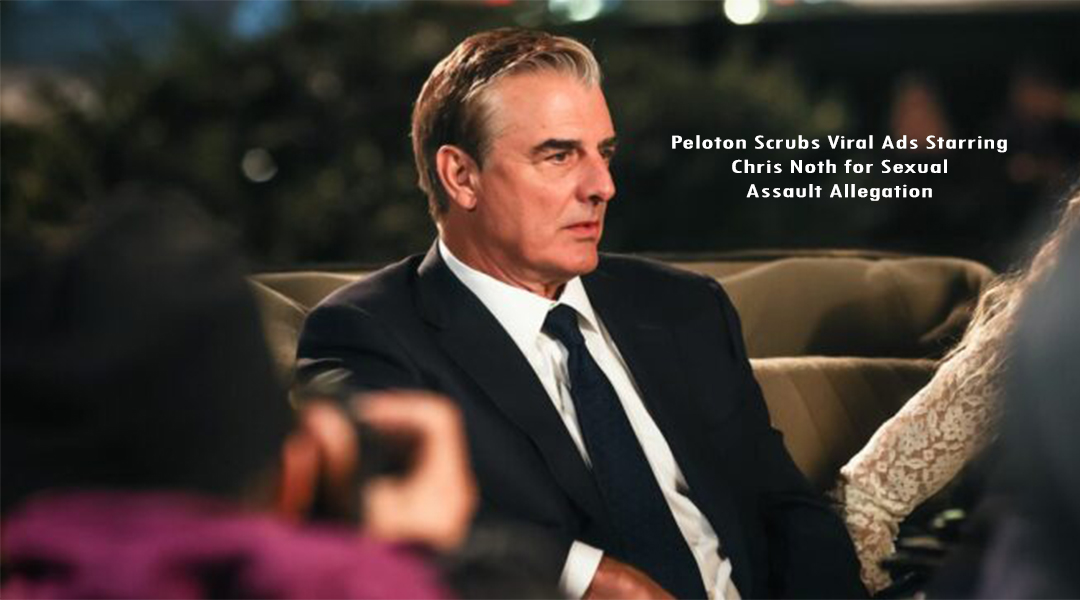 Peloton says it’s stopped promoting the videos until it “learns more” about the accusations. This was expected as they have to protect their own interest.

In a story that was published by The Hollywood Reporter on Thursday, two women alleged that Noth assaulted them in the year 2004 and 2015 respectively. One of the women said that “seeing that [Noth] was reprising his role in Sex and the City set off something in me.” She added:

“For so many years, I buried it,” but decided it was time “to try to go public with who he is.” Noth has denied all the allegations against him and even claims that the sexual encounters were consensual.

The verge also confirmed that a spokesperson for Peloton told The Hollywood Reporter that it was not aware of the allegations when it made the commercial. “Every single sexual assault accusation must be taken seriously,” said a spokesperson for the company.

“We were unaware of these allegations when we featured Chris Noth in our response to HBO’s reboot. As we seek to learn more, we have stopped promoting this video and archived related social post.”

The ad essentially resurrected Noth’s character after he was killed off in an episode of And Just Like That after a 45-minute Peloton workout.

It was made in collaboration with actor Ryan Reynolds and his marketing company, Maximum Effort. Reynolds supplied a voiceover for the commercial, which extolled the benefits of Peloton’s exercise bikes for healthy living.

Sexual violence happens in almost if not every community and affects people of all ages and genders. Sexual violence could be described as any type of unwanted sexual contact.

This may include; words and actions of a sexual nature against a person’s will or without their consent. A person may use force, threats, manipulation, or coercion to commit sexual violence.

The rate at which sexual assault is piling up this year is so disheartening. in the show biz and even big companies there have been many cases so far, my take is that many are choosing to remain silent and that’s the reason it’s becoming a norm in our today society.

Forms of sexual violence include:

Victims of sexual violence include people of all ages, genders, races, and religions with or without disabilities. It is wrong and should be condemned. Stop Sexual Violence.