OnePlus Pulls Down OxygenOS 12 Update a Buggy Report. OnePlus has finally released the Android 12-based OxygenOS 12 to the OnePlus 9 and 9 Pro this week, but the company wasted no time in pulling it following reports of bugs and issues from users. 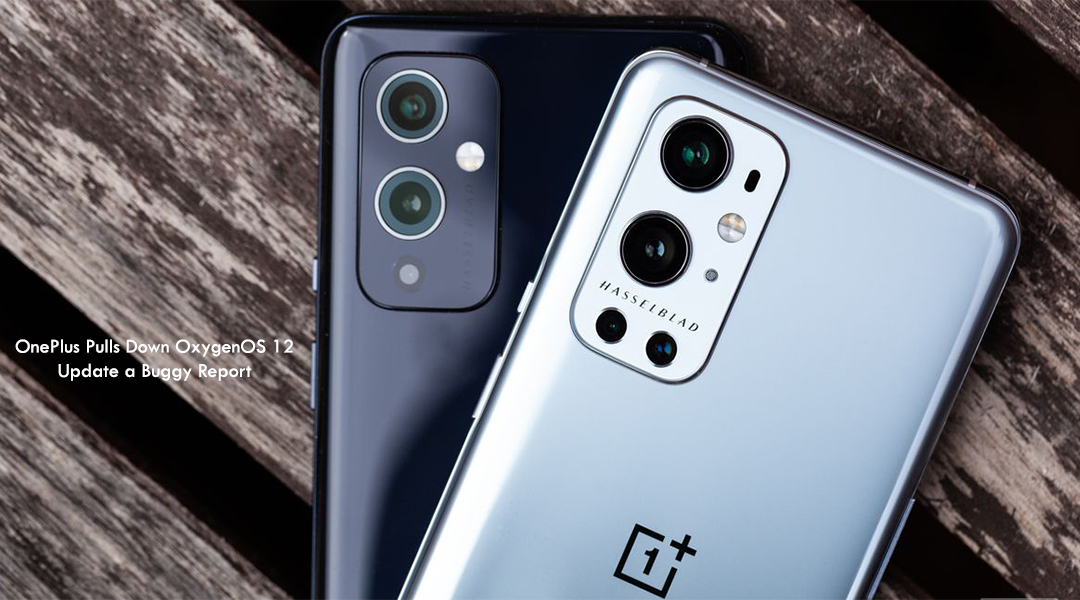 “We are aware of the issues caused by the OxygenOS 12 update and our software team is fixing them,” OnePlus said in a statement to Android Police. “We will suspend this software update and roll out a new iteration as soon as possible.”

The verge also noted that this release has been widely panned. Android Police called it “just awful,” highlighting the need to toggle settings to get the 120Hz display to work again and that some menus “straight-up crash” as examples of issues.

9to5Google agreed: “For a so-called ‘stable’ release, OxygenOS 12 is riddled with bugs and issues that honestly make it very hard to suggest that you update and install on your eligible OnePlus phone,” the publication said.

XDA Developers even put out a PSA recommending that you factory reset your OnePlus 9 or 9 Pro to try to improve things which, as XDA Developers noted, isn’t something you should need to do after a software update. The tweet is below;

Not that you should ever have to do this, but I factory reset my OnePlus 9 Pro just now after updating to Android 12. It is so, so, so much better. This is much more usable. https://t.co/b7lXxieJHn

It’s apparently not just OnePlus that has had a rough rollout of an Android 12-based OS. Samsung’s Android 12-based One UI 4 began rolling out to the Galaxy Z Flip 3 and Z Fold 3 this week, but it is reportedly quite buggy.

Google’s own Pixel phones haven’t been squeaky clean, either, as users have reported connectivity issues seemingly caused by a bug in Android 12. It’s unclear when OnePlus’ revised OxygenOS 12 update will hit.

OnePlus has turned OxygenOS into one of the best software interfaces around, delivering a clean layout with plenty of customizability and timely updates.

Since the very beginning Dash Charging has been one of the key features of the OnePlus phones. At its basic, it is just fast charging.

It frees you from having to make time for charging your phone. Even if you get 10 minutes in someplace to charge your phone, which would be enough to ensure that you stay connected.

It was founded by Pete Lau and Carl Pei in December 2013 and is currently majority-owned by Oppo as its only shareholder, which is a subsidiary of BBK Electronics along with Vivo, Realme, and iQOO.

But as impressive as the S21 is, Chinese rival OnePlus has come out with a lower-cost alternative that matches or even bests Samsung’s phone on some key features.

As I revealed earlier in the year, OxygenOS 12 gets a lot of features from ColorOS, a new UI that makes it a bit more modern, and updates to fan favorites like Work-Life Balance and Zen Mode.