Google makes no plan to raise everyone’s wages to keep up with inflation. “With the U.S. inflation rates being as high as 7%, some companies are doing blanket salary adjustment to cover just the inflation,” Pichai said. “Is there any plans for Google to do the same thing?” 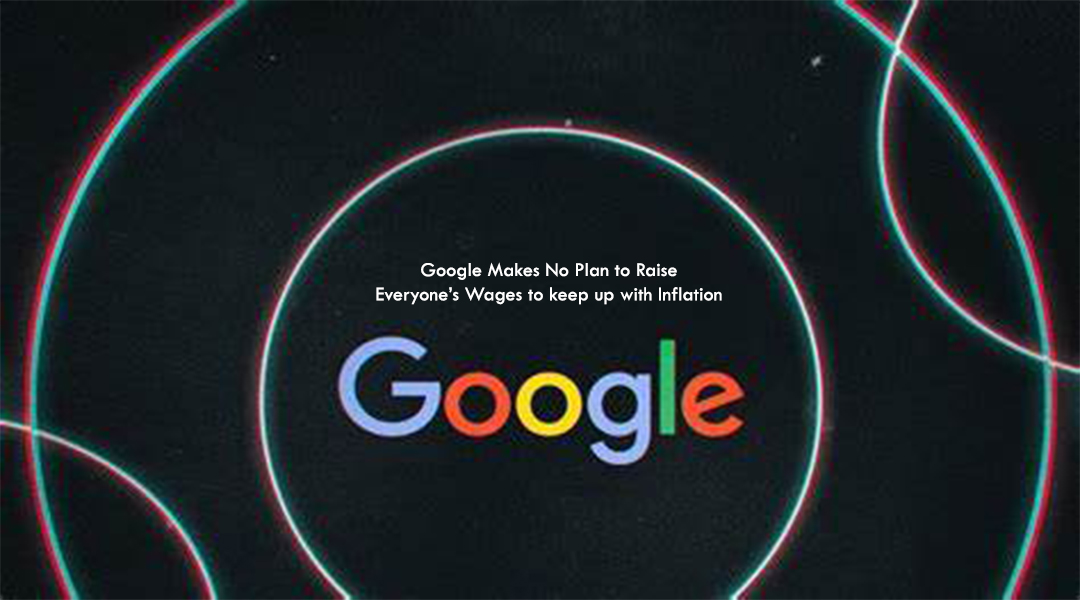 But a company executive told employees that Google wouldn’t automatically adjust their salaries to account for inflation.

According to CNBC, Google’s VP of compensation Frank Wagner told employees at a company all-hands meeting on December 7th that Google doesn’t “have any plans to do any type of across-the-board type adjustment” when asked about the inflation rate in the US.

Pichai then gave the floor to Frank Wagner, Google’s vice president of compensation. Wagner opened by saying that he recognizes the significance of inflation and compensation concerns among the company’s workers.

Wagner did hint that the company’s compensation budgets “reflected” the higher cost of labor that comes with increased prices, according to CNBC. However, he said that the company would rather pay any increased wages based on performance rather than do an increase across the board.

Google Wants to Pay By Performance

While rewarding the top-performing employees more makes intuitive sense, it could also end up reinforcing people’s rankings having to worry less about money means you can concentrate more on your work and even afford better quality time off to recharge.

That rings especially true as Google expects 80 percent of its employees to spend at least some time in its offices (often located in cities with higher-than-average costs of living like Austin, New York, or San Francisco) when they end up returning.

Google told CNBC that base salary is just one part of its employees’ compensation, which also includes bonuses and stock. CNBC says the company also reiterated Wagner’s comments about pay increases being tied to performance.