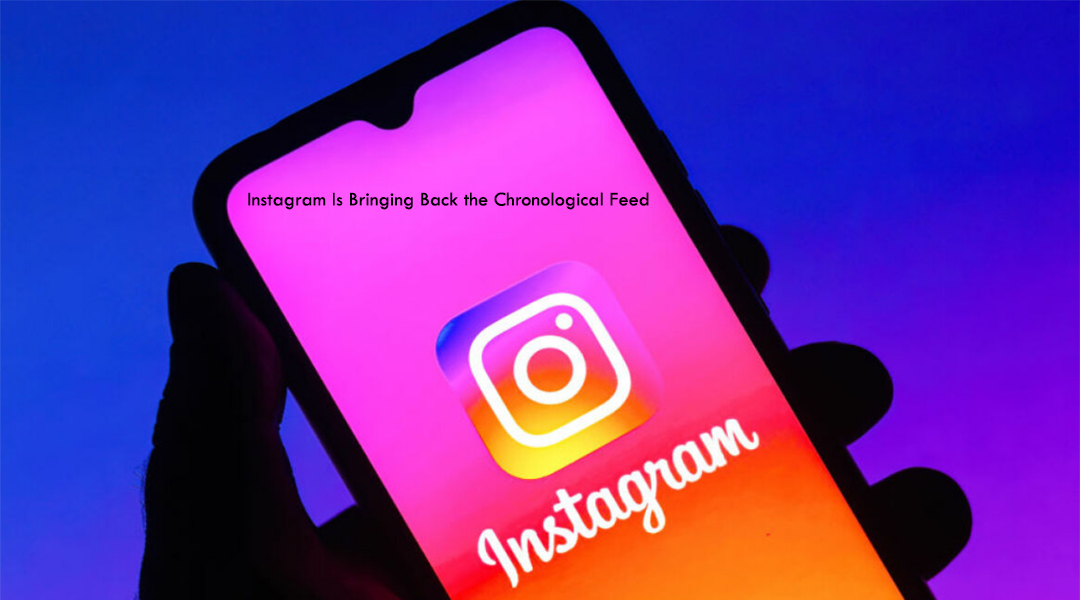 The verge stated that in a Q&A on Friday, he said that the company is testing out two versions of the feature and that it’s “targeting early next year” as a release window.

Instagram Is Bringing Back the Chronological FeedWhen a follow-up question asked Mosseri when the feature would show up, he said it wouldn’t be too long, and that Instagram is “already testing the favorites idea.” He said that “full chronological” mode would come shortly after. The tweet is below;

We want to be clear that we’re creating new options providing people with more choices so they can decide what works best for them not switching everyone back to a chronological feed. You can expect more on this early next year!

Reiterating a tweet from Instagram on Wednesday, Mosseri makes it clear that the company isn’t ditching its algorithmic feed to revert back to one that’s in order, and that it would be like Twitter where you can choose which version you’d like.

“We’re not moving away from ranking altogether. We’re going to give people the option to go to a chronological version of the feed,” he said. “But at a high level, we believe that ranking helps us connect people with the content that matters to them most.”

In his Q&A (which you can view in full below), Mosseri also answered questions about Instagram’s plans for its upcoming parental control feature, as well as his time at the Senate.

You can read more about his testimony on child safety, where he proposed creating an “industry body” to govern how children’s data is used, here.

However, both platforms switched to feeds based on algorithms, as their research suggested users were missing up to 70% of content on their news feeds.