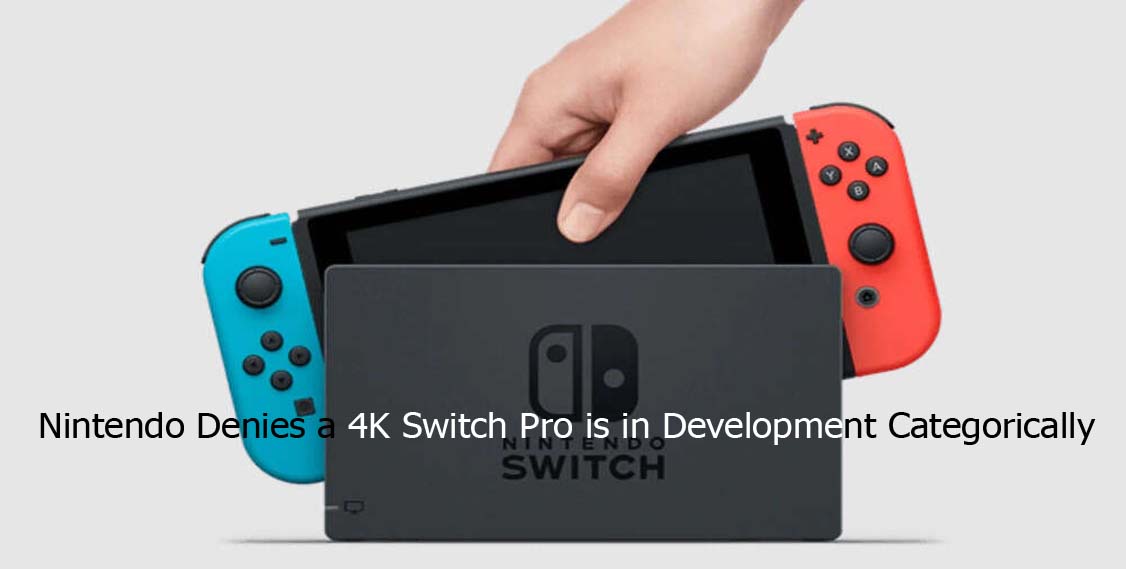 Nintendo Denies a 4K Switch Pro is in Development Categorically

The Japanese company today issued a press release insisting that the revelation by Bloomberg revealing that Nintendo is pushing developers to build 4K resolution games for an upcoming switch pro is false. Nintendo wrote, “Falsely claims that Nintendo is supplying tools to drive game developers for a Nintendo switch with 4K support”.

The company also insists that the said claims were “not true”. Separately the company said that it is not planning for a new Nintendo switch other than the refined OLED model that will be out next week at the most.

Zynga spokesperson, Sarah Ross on Thursday morning denied the report also. She said in a statement to Bloomberg and Kotaku, “to clarify, Zynga does not have a 4K developer kit from Nintendo.” Out of the 11 companies reported by Bloomberg, Zynga was the only developer to be reported receiving a 4K switch development kit.

There may be a possibility that Bloomberg’s report may be correct, at least some of it. And there may be a 4K development kit, and just maybe Nintendo is not pushing this anymore. Nintendo however is trying to say that the report in its entirety is not true.

Bloomberg’s Stand Regarding The Report

Bloomberg on the other hand is standing by its report as most of it comes from respected journalists in the industry who have been well-sourced in the past and in this case there is no exception citing that 11 different game companies received a 4K development kit. After the tweet from Nintendo, the company simply added an additional line about Nintendo’s denial.