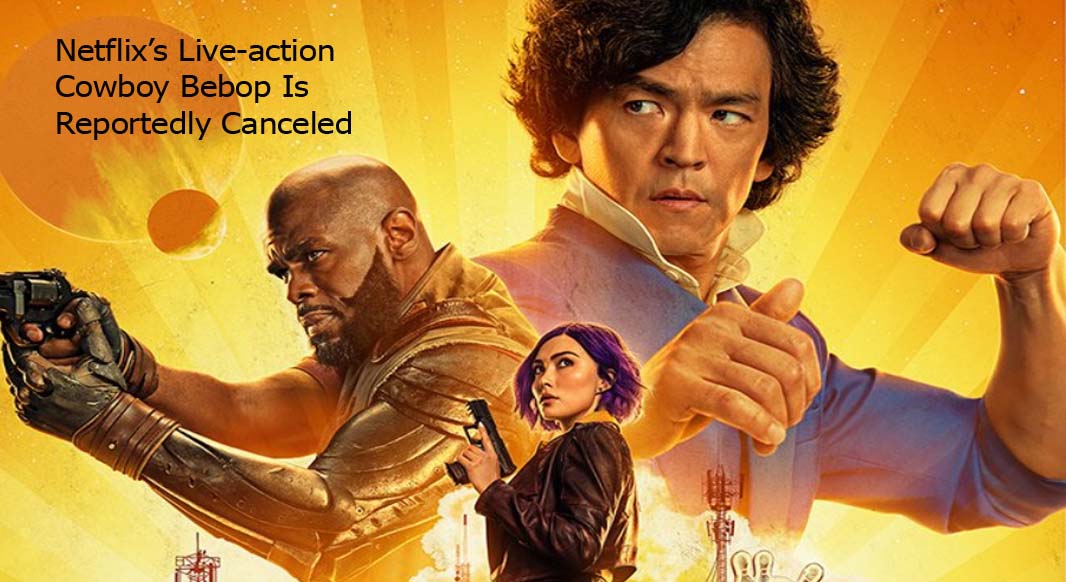 The show which is an adaption of the famous anime version starring Jon Cho as Spike Spiegel will however not be renewed for a second season according to reports cited by The Hollywood Reporter.

This is not the first time a Netflix show will not be renewed for a second season, but The Hollywood Reporter, however, alluded to the poor reception of the show as the main reason for its sudden cancellation.

Reasons Why the Show Was Canceled

Reviews from the series mainly criticized the weak pacing of the show and also the cheap-looking sets and costumes. The series was also generally criticized for failing to capture the very essence of what made the anime version of 1996 one of the best of its genre.

A super fan of the anime show said that the show grew on him eventually after failing in its first episodes and also thinks that the show took on some really pretty weird and interesting risks.

Although announced in 2018, the live adaptation of the movie was delayed. Production however was delayed for almost a year due to an ACL injury suffered by John Cho while on set also followed by the COVID-19 pandemic. After the news broke out, Cho immediately sent out a tweet with a Gif with the caption “I’m okay.”

The series premiered three weeks ago from today after several trailers of it were dropped and also a video of the opening title sequence which was also a shot-for-shot remake of the iconic opening theme of the anime.

There will however be some scenes and plots left hanging and unexplained by the abrupt end of the series, but if it’s any consolation, there is the Yoko Kanno music to enjoy.