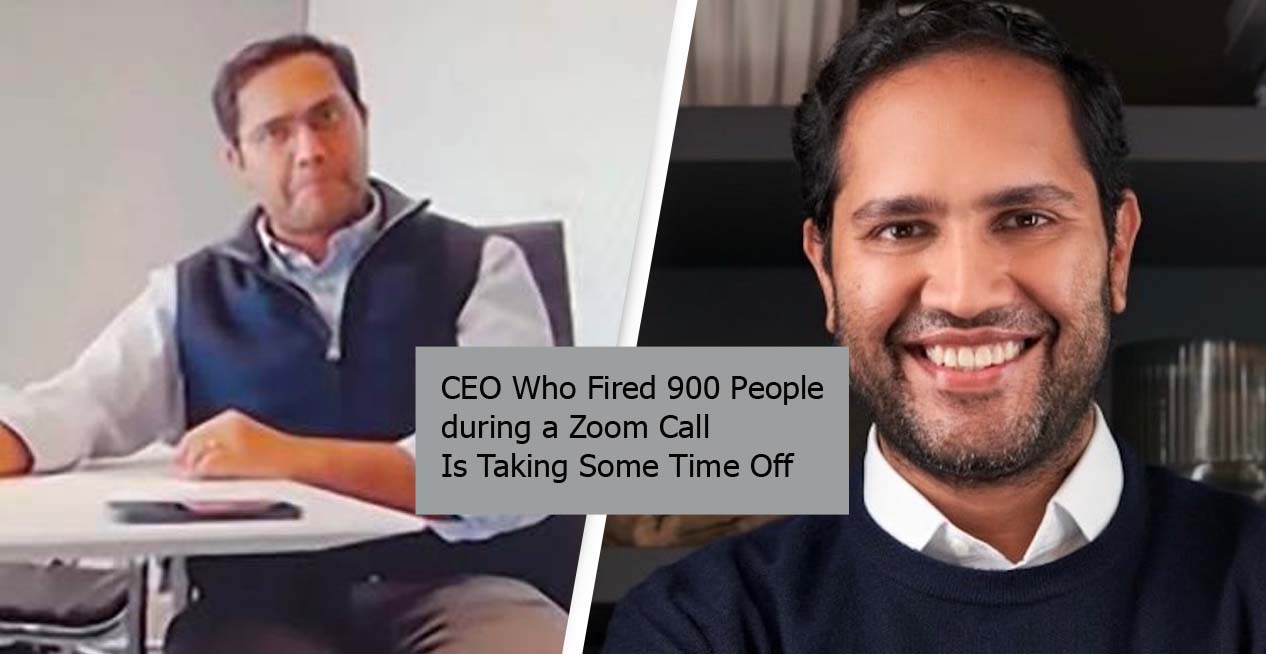 Remember a certain CEO who fired up to 900 staff during a zoom meeting? Well, the said CEO is reported to be taking some time off. Digital mortgage firm, Better.com says as its CEO is set to take some time off, it will conduct a ”leadership and cultural assessment,” and this is according to an email from the board of directors to employees.

The news was first reported by Motherboard and it cited that the email from the board of directors says, “the very regrettable events over the last week,” Vishal Garg, who is the CEO will be taking some time off “effective immediately,” and the company’s CFO, Kevin Ryan will be handling the day to day operations of the company.

The digital mortgage firm which was founded by Garg back in 2012 has been in the news recently following events of firing 900 of its employees over a zoom call held on the 3rd of December. During the call, the CEO Garg said, “if you are on this call, you are part of the unlucky group that is being laid off.

He also cited that it is not the first time he has had to conduct layoffs saying “the last time I did it, I cried, this time I hope to be stronger.” The video call was screen recorded immediately by the employees and circulated on social media although it has been taken down.

Garg however later sent a message to the company’s employees apologizing for the means with which he handled the layoffs, saying, “I failed to show the appropriate amount of respect and appreciation for the individuals who were affected, and for their contributions to Better,” he wrote. “I realize that the way I communicated the news made a difficult situation worse.”

Following the reports of the layoffs of its employees, more reports of past insensitive comments by Garg began to unearth. He even once referred to a top investor in the company as “sewage.” He also told the company’s employees that instead of taking a day off in celebrating indigenous peoples’ day, it would be better for them to work instead and earn the company “capital, and therefore our freedom,” reports Motherboard.

The Effects of Garg’s Actions

Better has also delayed its supposed SPAC as cited by Bloomberg which was reported to close in the fourth quarter. Aurora Acquisition Corp. and SoftBank on the 30th of November amended the terms of their financing agreement with Better.com and in the process giving the company a cash infusion of $750 million. Just a day after the terms of the SPAC agreement was announced, 900 workers were fired by Garg.