NASA Is Funding Three Companies on the Development of Commercial Space Stations. The organization is said to have announced the selection of three US companies that will be receiving government funding to help further the development of private space stations on Thursday. 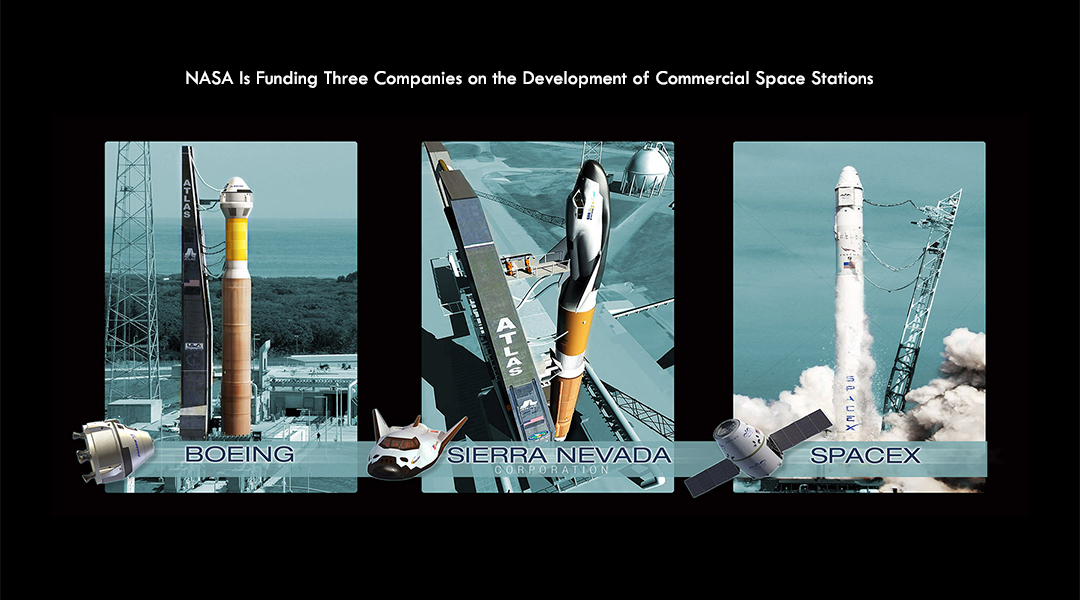 According to the verge, from a set of 11 proposals, NASA is said to have selected Blue Origin, Nanoracks LLC, and Northrop Grumman to receive over $400 million in federal funds through three separate Space Act Agreements.

Through this model, NASA would be a customer of the commercial space industry, allowing it to save on costs and focus on basic research and exploration.

Orbital Reef is being developed in partnership with Sierra Space, maker of the winged spaceplane Dream Chaser. Blue Origin says the station will be operational by the second half of the decade.

Nanoracks LLC is receiving $160 million for its Starlab station concept. Also announced in October, Starlab is a collaboration with Voyager Space and Lockheed Martin.

Designed to hold up to four astronauts and conduct advanced research on the biology, materials science, and more, Starlab is targeted for launch in 2027 on a single flight, according to the NASA press release.

Northrop Has the Opportunity to Develop a Commercial Space Station

Northrop Grumman’s $125.6 million awards will give it the opportunity to develop a commercial space station using existing technologies like its Cygnus spacecraft, which currently ferries cargo to the ISS.

Also, Northrop is working with Dynetics on its concept for a modular space station, with other partners to be announced in the future.

Axiom Space, a Houston company that was the first awarded funds in January 2020 to develop its commercial module to be added to the ISS, said in a statement on Twitter that it did not bid to receive one of the CLD awards.

According to NASA, the awards are the first part of a two-phase approach to ensure a smooth transition to commercial stations in LEO.

The first phase, expected to continue through 2025, will allow the grant recipients to create a plan and design that meet both private sector and government needs. During the second phase, NASA wants to certify these stations for human astronauts to use and, ultimately, start using them.