Meta Ordered To Sell Giphy by UK Regulator. The UK’s competition regulator is said to have officially ruled that Facebook parent company Meta’s acquisition of Giphy should be unwound, a year and a half after the social media giant first said it was acquiring the popular GIF-making and sharing website. 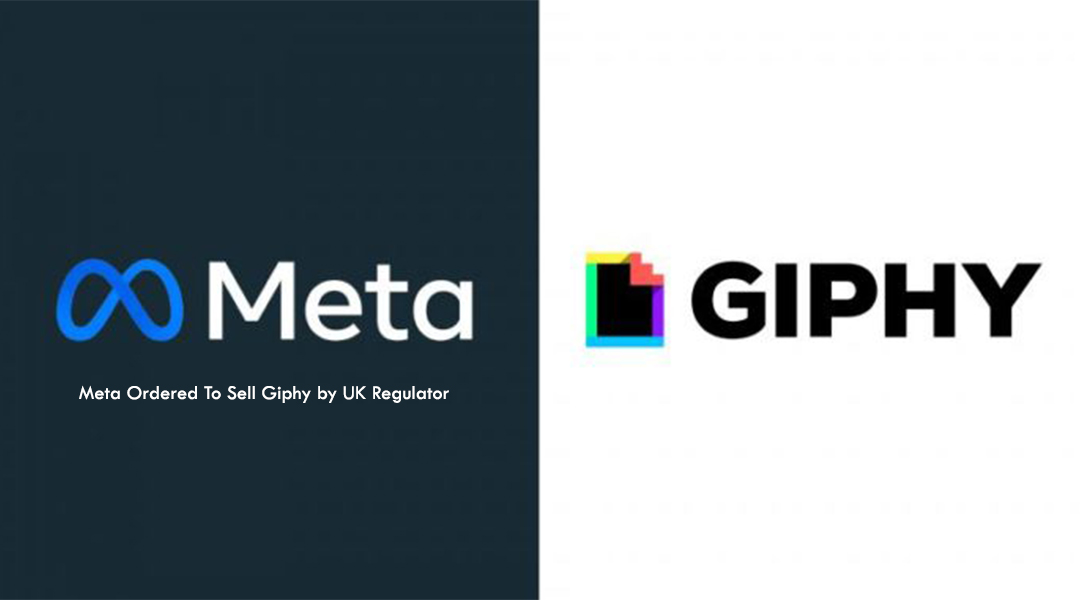 According to the verge, in a press release, the Competition and Markets Authority (CMA) said that it had come to the decision after its investigation found an acquisition could harm competition between social media platforms and that its concerns “can only be addressed by Facebook selling Giphy in its entirety to an approved buyer.”

Finally, the CMA also believes that Giphy’s advertising services could have competed with Meta’s, but that these were shuttered as a result of the merger.

“The tie-up between Facebook and Giphy has already removed a potential challenger in the display advertising market,” the chair of the independent inquiry group Stuart McIntosh said in a statement, referring to Meta.

“Without action, it will also allow Facebook to increase its significant market power in social media even further, through controlling competitors’ access to Giphy GIFs.”

“By requiring Facebook to sell Giphy, we are protecting millions of social media users and promoting competition and innovation in digital advertising,” McInosh said.

This would be the first time the CMA has attempted to unwind a completed acquisition by a tech giant, the Financial Times previously reported. Although Meta may appeal the decision, the UK regulator’s decision sets a notable precedent for future big tech purchases.

While groundbreaking, the CMA’s decision doesn’t come as a complete surprise after the report of its preliminary findings from August said the deal should be unwound. The tweet is below;

Responding to the decision, Meta’s EU director of policy communications Robin Koch, said that the company is considering all its options, including appeal. “Both consumers and Giphy are better off with the support of our infrastructure, talent, and resources,” Koch said in a statement to The Verge.

“Together, Meta and Giphy would enhance Giphy’s product for the millions of people, businesses, developers, and API partners in the UK and around the world who use Giphy every day, providing more choices for everyone.”

Meta has also previously disputed the CMA’s competition concerns and has suggested that there was never a chance of Giphy’s advertising business becoming a viable competitor.

In response to the regulator’s investigation, the company argued that Giphy had “no meaningful audience of its own,” and when it announced the acquisition, Meta said that it provided 50 percent of all of Giphy’s traffic. It also said, “developers and API partners will continue to have the same access to Giphy’s APIs.”

Responding to the CMA’s provisional findings, Meta argued that the regulator was “sending a chilling message to start-up entrepreneurs: do not build new companies because you will not be able to sell them.”

Meta Pledge to Work with CMA on Its Investigation

Although Meta pledged to work with the CMA on its investigation, the regulator recently fined the company £50 million ($70 million) for failing to comply with the terms of its initial enforcement order. The regulator said Meta was “consciously refusing to report all the required information” about its compliance with the order.

Giphy had raised $150 million in funding since its founding, but it had yet to turn a profit prior to its acquisition and was reportedly running out of money.

Its sale price to Meta was $315 million, less than a previous valuation given to it by investors, and a sign of its financial trouble.

While the CMA’s investigation has been ongoing, Giphy’s 100 plus employees haven’t been able to become full Meta employees, although Meta has reportedly been paying the company’s bills to keep it running.

The CMA Investigation Is Part of a Wider Wave of Scrutiny

The CMA’s investigation is part of a wider wave of scrutiny being paid to tech acquisitions in recent years and sits in stark contrast to when Meta was able to buy upstarts like Instagram, WhatsApp, and Oculus with relatively little challenge.

Multiple regulators, including the EU, have opened investigations into Meta’s acquisition of Kustomer, a customer services platform for businesses.

Meanwhile, the CMA has also raised objections to Nvidia’s purchase of chip-designed Arm, another acquisition that’s attracted a lot of antitrust scrutiny from regulators around the world.