The Latest Quest Update Brings Cloud Backups and a Mixed Reality View. Meta is said to have delivered a new batch of features for Quest headsets in an update rolling out today. According to the verge, the changes include the cloud backups, a mixed reality camera mode, and other settings that round out the Quest’s already impressive feature set. 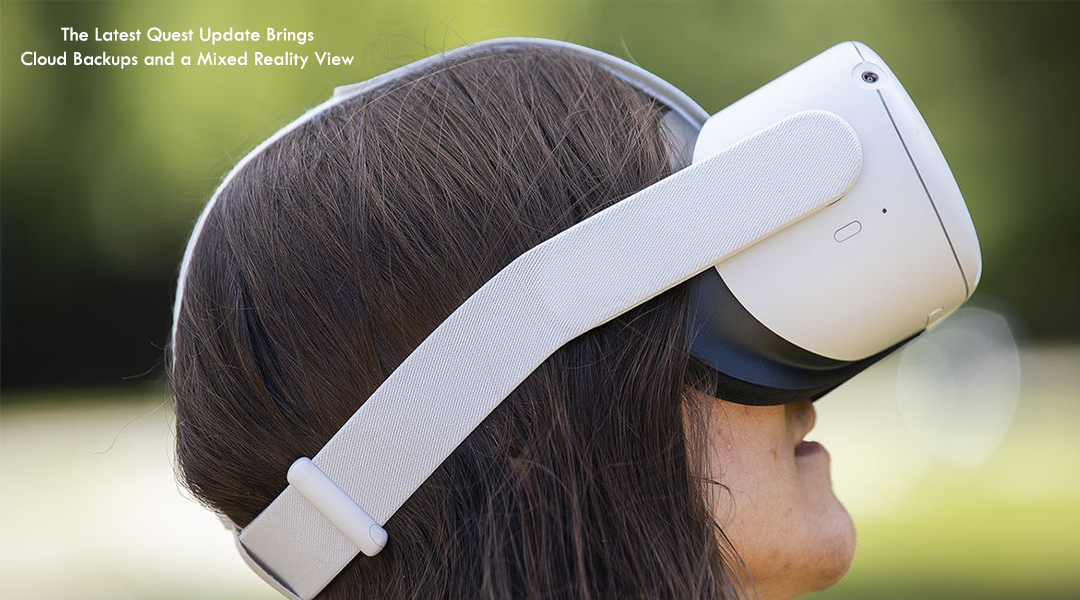 I know we are all excited about the cloud backups feature, which gives you a way to restore user-specific data to your apps, including game saves and headset settings, if you need to replace, update, or reset your Quest.

This is one of those things that I’m surprised the Quest didn’t support already, and I found out the hard way that it didn’t a few weeks ago. Nevertheless, I’m glad that it’s here now. It can be activated within the “Device” tab in the settings menu.

The mixed reality camera also seems really cool. Unlike the Live Overlay feature that arrived in v29 that imposed your body over a first-person view of a game or app, the new feature lets you see yourself interacting in the game world from a third-person perspective, as seen through your phone’s camera.

The GIF provided by Meta that we’ve embedded shows what the end result can look like. You’ll be able to see yourself in Beat Saber, for example, striking blocks and dodging obstacles.

Meta says that a dozen apps support the feature, including Pistol Whip, Superhot VR, and Synth Riders, but a total of just six were listed on this page at the time of publishing.

To use the mobile mixed reality camera feature, you need an iPhone XS or newer, running iOS 11 or higher. Support for Android phones and tablets were erroneously included in Meta’s support page for the feature, but it has since been removed.

The verge, also added that the new software also changes where you’ll enable multiuser support, the feature that lets you add multiple Facebook accounts to the headset, and app sharing, which lets you share paid apps among those profiles.

They were previously nested within the “experimental features” settings tab, but both are moving to the “Accounts” section of the settings menu.

This new v35 software also lays the groundwork for using Messenger to make voice calls while you have the headset on, as well as adding new cosmetic items that can be used in Horizon Workrooms, Meta’s take on a VR office.

The last note in Meta’s blog on the latest Quest software is that it now has a public test channel for its upcoming software. You can sign up for it here if you want to test new features earlier than the rest of us although Meta says that you won’t be able to leave it after you join until a new public software update is released.