Mercedes to replace Designo with Manufaktur in an expanded customization development. In a recent development, Mercedes-Benz is set to overhaul its in-house customization division, trying out new possibilities and also giving it a new name in the process: Manufaktur. 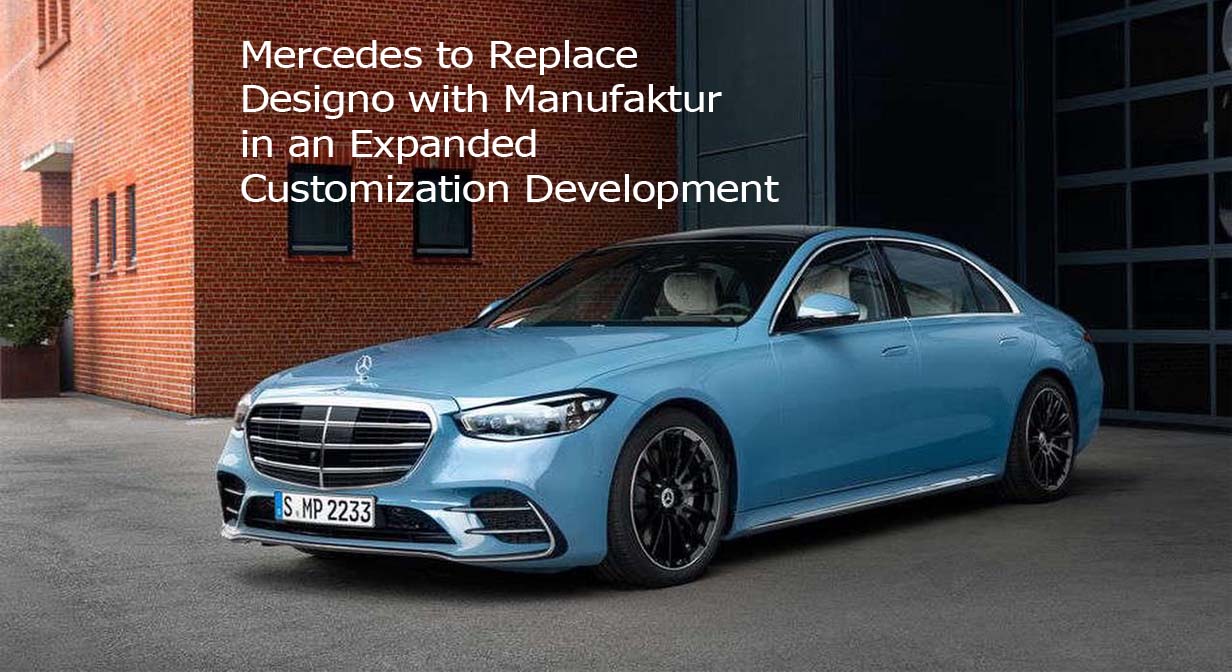 Mercedes to Replace Designo with Manufaktur in an Expanded Customization Development

This development will keep the division in line with the G Manufaktur program for the G-wagon as well as the exclusive Manufaktur options. The new Manufaktur program is set to include more models in the future and this is including models from the electric EQ division. The design also has been available initially for the s-class, Maybach s-class, the CLS, and the AMG GT 4-door.

The main takeout from the Manufaktur is its extensive range of colors. Many of its shades are collected from Mercedes of past years like the olive metallic from the 1980s and the graphite grey from the original 300SL. Other available options include the modern satin colors that previously were only offered on limited or special editions and models. “Manufaktur also can create special wheel finishes and exterior rim options like the additional blacked-out pieces.

Also available are leather finishes and trim materials. There is a two-tone scheme that pairs black leather with other extravagant colors like paste yellow or yacht blue. The seats also get unique diamond stitching patterns. The steering wheel also can be made to match two-tone. When it comes to luxurious models you get matching headrest pillows with embroidered logos and also embroidered floor mats. It is also reported that cars with Manufaktur interiors get special script embroidered on the parcel shelf and in metal on the center console finished in silver as a standard but it can also be gotten in gold or platinum.

A new option however is the illuminated logo projector that is turned on when the doors are open. Although cars have had this very feature in years now including Mercedes, the one offered by Manufaktur however is animated. There are four LCD projectors in the front and rear doors that create a pattern made of the Mercedes star. For Maybachs, it is a double m logo. It will however turn off after 10 minutes of being on.

In a bid to showcase the possibilities of the Manufaktur division, Mercedes built an S-class plus-in-hybrid. The hybrid has a china blue finish, a color from the ’80s that seems to have growing popularity these days all thanks to its addition to the G-class color palette. The interiors on the other hand have a deep white and black color scheme with a two-tone steering wheel and headrests embroidered with the silver Mercedes star. There is AMG floor mats to go alongside the AMG line bodykit. Lastly, the wheels are black in color.