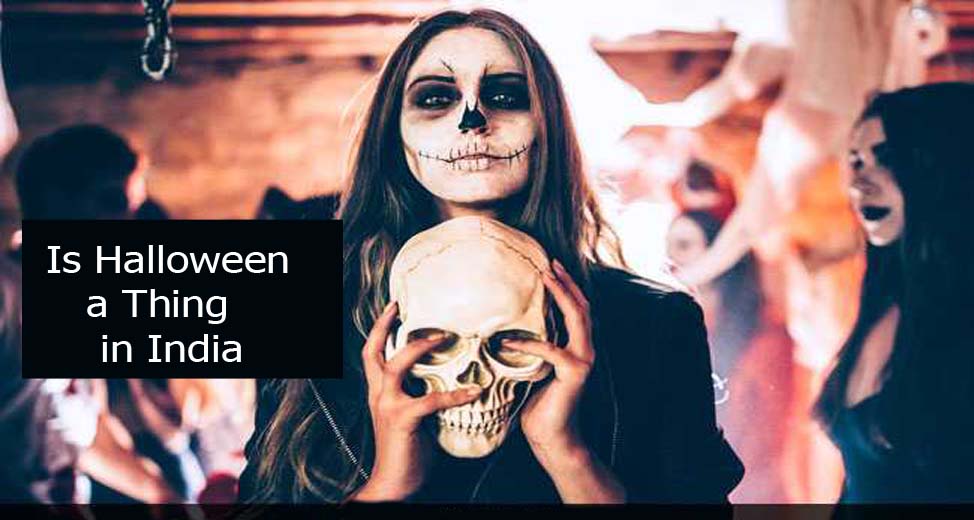 Is Halloween a Thing in India

In the 16th century, the word Halloween was used for the first time. And before that, it was known as the hollows eve which was the day before all saints day. Halloween is celebrated on the 31st of October of each year. It is celebrated on the same day as the ancient Greek festival of Samhain. During this festival people dressed up in costumes and as saints going door to door trick and treating.

Halloween is now a very popular thing in many countries such as Australia, New Zealand, England, Canada, Ireland, and the United States of America. The matter of whether the day is marked in India too is true. In India, Halloween is now gaining recognition among the people. But before I go into that properly, here is a brief practice of how Halloween is celebrated.

Halloween is a very popular festive day. Kids enjoy the day in particular but it doesn’t mean that adults don’t have fun on the day too. During hallowing evening, people both adults and kids alike dress up n spooky and scary fashion and make-up. Houses also are decorated with jack o lanterns and pumpkins. The streets are lit up in celebrative mood and lights.

People organize parties, get-togethers, and many other types of events. One famous symbol of Halloween is the jack o lantern which also has a famous history that could be dated back to the old Irish myths and stories. The myth and practice of hanging jack o lanterns on Halloween date back and originates from the Irish myth of stingy jack.

The devil was freed one time but under a condition and was tricked again next year and this time Jack made him (the devil) pick a fruit from a tree and carved a cross before the devil could come down. Again jack freed the devil with the condition that the devil does not disturb him for a decade.

Eventually, when jack died, he wasn’t allowed into heaven and he couldn’t go to hell either due to the deal he had with the devil. And ever since then the devil has been roaming the world with a lump of burning coal that was kept in a carved-out turnip. He was referred to as jack of the lantern and jack o lantern. In modern days the turnip has been replaced with potatoes, beetroot, and the popular pumpkin.

Halloween is now gaining popularity in India just like Valentine’s Day and New Year’s Eve. Residents in Mumbai and Delhi now celebrate the day with so much enthusiasm. Hotels and pubs in these towns now organize scary theme parties in a bid to attract customers.

In the day people start dressing up as ghosts and it’s very rampant among the youths in the cities. And apart from dressing up in costumes, play zones for kids, family entertainment parks and party centers organize Halloween costume parties for kids also.

And restaurants serve Halloween-themed dishes in metro cities. For more information on how Halloween is celebrated in India, check this post on the indiaholiday.com website.