Do you want to know if Facebook dating is available in the US? Well, I think that is a very good question to ask, as the feature is not yet available in all countries. Facebook has been a place where people from different places or the same places scope out their romantic interests. 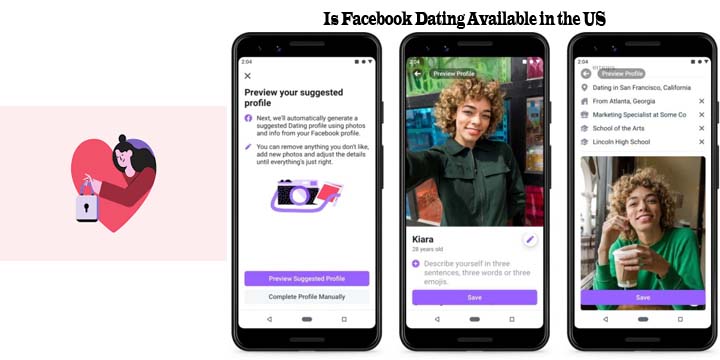 Now Facebook users in the United States can officially use the social network as a dating service because it has been made available in the US. Facebook dating which began rolling out in other countries last year has now been launched in the US.

The only information that will be taken from your main Facebook profile is your name and your age. On Facebook dating home, you can choose to match up with friends you already know or with other unfamiliar people.

This dating feature can allow you to date people from all over the world. You can choose to block people from seeing your Facebook dating account and they will still be friends with you on your main Facebook account.

Another unique safety of Facebook dating in the US is that it allows you to tell a friend or family member where you are going and when they expect you to be back, in case you ran into trouble. The feature will be helpful to women who are meeting someone on the platform for the first time.

If you are able to follow those few steps, Facebook will then automatically create a dating form through your main Facebook profile. You can then adjust your dating profile in a way that suits your personality.