Many new Apple devices are slated for this year, including an iPad Mini 2021. So, a 6th generation iPad mini is no surprise. The current version was released nearly two years ago. So, we expect the mini 6 to follow the company’s other 2021 products. And feature improved performance and mini-LED backlighting. 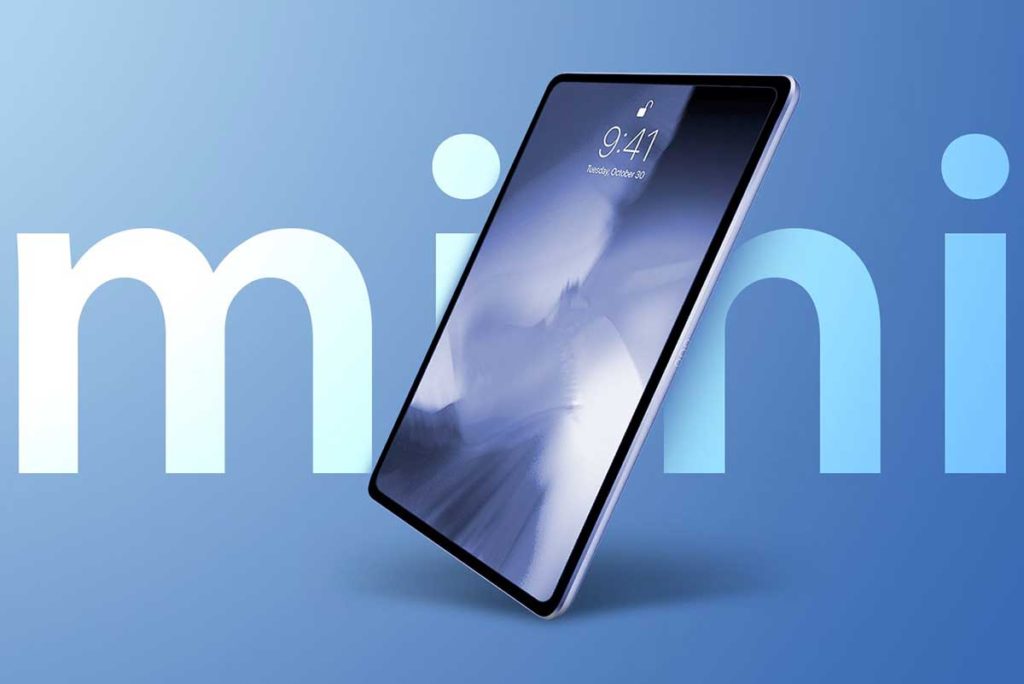 Esteemed analyst and avid leaker Ming-Chi Kuo, according to MacRumors. Originally targeted 2020 for the new iPad mini’s release. Seeing how that time has come and gone, 2021 is looking like the year.

The last several iPad minis launched at $399 (for the lower-end models). The higher-end models with more storage and support for cellular connectivity have ranged from around $650 to $850.

We think Apple will remain pretty consistent with pricing this year.

While absolutely nothing is official yet, there are several rumors about the new mini’s features. You can’t take all of them too seriously.

But some are more logical than others and are likely to make their way into the new tablet. The existing version can provide some clues about the new one.

For example, it uses the Apple A12 Bionic chip and offers up to 256 GB of storage.

It’s still up in the air how big it will be, but some say it’s simply replacing the current 7.9-inch one but with stronger internals.

Others, like Kuo, are claiming something quite a bit larger, like 8.4 inches. If Apple were to thin out the bezels and use a hole-punch design for the front-facing camera. It could allow for a larger screen without changing the tablet’s overall size (see the render above).

Where will the fingerprint sensor go? One rumor is that it will be embedded under the display, which supports the smaller bezels theory.

This is a technique some phones already employ, so it’s not out of the question for this iPad. Like the iPad Air, however, Touch ID could exist in the power button instead.

However, some reports are saying that the top and bottom bezels will remain unchanged. Thus, allowing for a regular home button with Touch ID.

A natural evolution to faster and better processors is a given in the tech world. The new mini will surely offer peak performance through an upgraded processor.

This means more power for things like gaming and multitasking, as well as better battery life. The rumor mill says it could be packed with an A13 processor, boosted from the current tablet’s A12.

But even the latest iPad Air that just launched in late 2020 caps out at the same size. For now, expect the same 256 GB.

Looking at current iPads, our best guess for RAM is 3 or 4 GB. The latest iPad and iPad Air have 3 GB, and we don’t expect the mini to match the current Pro’s 6 GB.

A 20W fast-charging power adapter something else you can expect. USB-C: Ditching the Lightning port for USB-C would be a first for the mini and push it into the modern space with the latest Pro and Air tablets.

This is the new normal for Apple’s products, at least for a while. It’s already suspected that the 2021 iPad Pro, iMac, and MacBook Pro are getting mini-LED tech.

But don’t get your hopes up; they might make us wait for another generation to see an upgraded display.

The latest Apple Pencil was released in late 2018 and worked on iPad Air and Pro only. So, it’s likely that Apple will add the newest mini to that list.

iPad mini 6 will surely work with v15 of the OS. But since that isn’t out yet, the new tablet will ship with iPadOS 14.