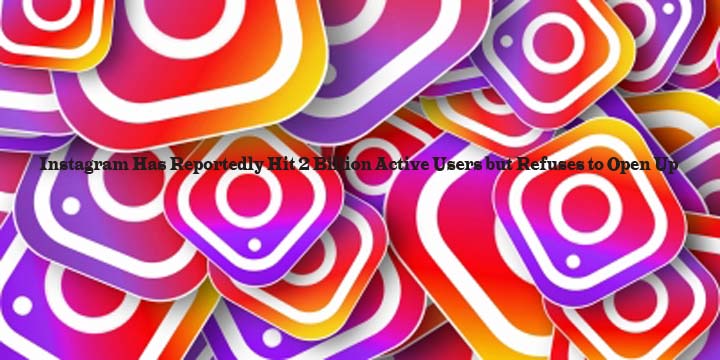 According to the verge, the Meta-owned company hasn’t and probably won’t officially disclose these numbers, as it has spent the last several months under scrutiny for potentially causing harm to kids and teens.

The last time Instagram publicly announced the size of its userbase was back in 2018 when the platform revealed that it had 1 billion users. It took three years for Instagram to hit the 2 billion mark.

The employees who tipped off CNBC say that they found out about the number during internal conversations one staff member reportedly told CNBC that Instagram surpassed the threshold around a week before Facebook’s decision to change its name to Meta.

Instagram Has Been Desperately Trying To Stay Ahead Of TikTok

Instagram has been desperately trying to stay ahead of TikTok, the fast-growing short-form video app that just crossed 1 billion users in September just three years after the app merged with Musical.ly and became widely available.

While Instagram is still outpacing the platform, for now, it’s unclear how long that will last. Instagram has been rolling out feature after feature that just seems like a TikTok knockoff, and its newly released Reels Visual Reply is just the latest example.

That said, Instagram isn’t really in the position to brag about its userbase right now, since its own internal study found that the platform may exacerbate body image issues in young girls and has also been accused of making it easier for teens to find drugs.

In an attempt to counteract these issues, the platform has rolled out a “take a break feature,” which prompts users to close the app if they’ve been on it for a set period of time, and also announced that it’s introducing new parental controls.