Huawei Has Been Linked to China’s Domestic Spying in Xinjiang. Huawei was involved in building technology for labor and reeducation camps, as well as surveillance systems in China’s Xinjiang region, according to PowerPoint presentations obtained and translated by The Washington Post. 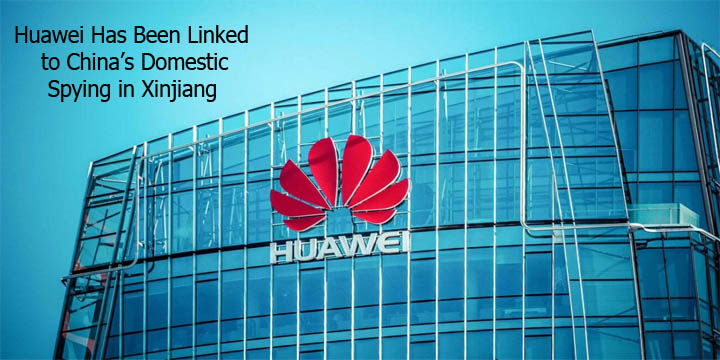 The report shows some of the ways the tech giant’s work may have been involved in the persecution against ethnic minorities in the region. The Washington Post says it obtained the PowerPoints from a public Huawei site before they were taken down.

According to the report, the slides included details on Huawei’s involvement with other companies in creating several systems and had metadata dating them anywhere from 2014 to 2020 (with copyright dates being listed from 2016 to 2018).

Huawei Has Been Linked to China’s Domestic Spying in Xinjiang

One of the slides talks about Huawei’s products being “the foundation of the smart prisons unified platform,” with reference to labor for manufacturing and analysis of reeducation efficiency.

According to The Post, some of the prisons Huawei said its tech is used in are in Xinjiang, a region largely populated by Uyghur Muslims.

The Chinese government has been accused of carrying out many human rights violations against the Uyghurs, putting them in detention and reeducation camps, and using them for forced labor. (Many tech companies have been linked to the use of this labor.)

The Washington Post Details a Surveillance System Used In Xinjiang

Another slide translated by The Washington Post details a surveillance system used in Xinjiang. It talks about how public security forces in the region’s capital of Ürümqi used a facial recognition system to catch a fugitive.

In 2020, a report by video surveillance researchers detailed Huawei’s work on a facial recognition system that could send an alert if it identified someone as an Uyghur.

According to The Washington Post, the presentations for Huawei’s work on surveillance systems don’t mention Uyghurs, and the company has denied directly supplying the tech to Xinjiang.

Other slides in the Post’s report detail technology used to identify people based on their voiceprint, systems to track people’s location based on surveillance footage, and tech to monitor employees at work.

Companies Have Been placed On the U.S Government’s Entity List

Many companies have been placed on the US government’s Entity List (which restricts how US companies can do business with them) for allegedly helping the Chinese government-run surveillance on minority groups in the Xinjiang region.

One major example is DJI, but few have received as much attention from the US government as Huawei, though the attention largely stemmed from former President Trump’s trade war with China.

In February 2020, the US government suggested that telecoms spend their money with Huawei’s competitors and accused the company of building backdoors into its equipment.