Are you interested in knowing how the Schooling System Works in America? Well, you are in the right place as this article is definitely for you. If you want to study abroad in America, understanding the US higher education system is vital. 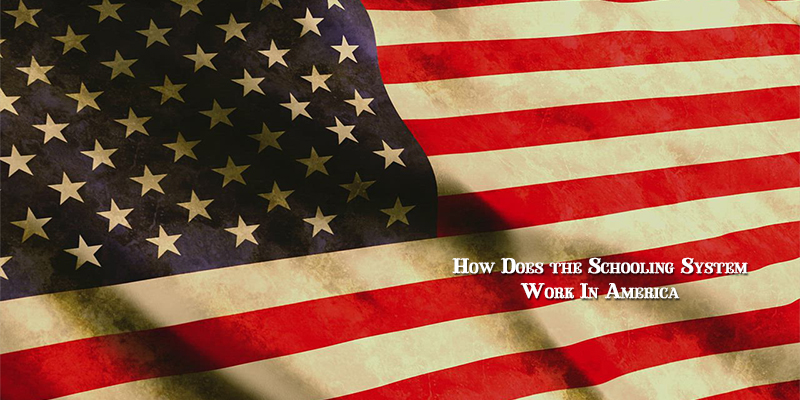 The American education system offers a rich field of choices for international students. There is such an array of schools, programs, and locations that the choices may overwhelm students, even those from the U.S.

As you begin your school search, it’s important for you to familiarize yourself with the American education system. Understanding the system will go a long way to help you narrow your choices and map out your education plan.

How Does the Schooling System Work In America?

So how exactly does the schooling system work in America? To break it down, prior to higher education, American students attend primary and secondary school for a combined total of 12 years. These years are referred to as the first through twelfth grades.

Around age six, U.S. children begin primary school, which is most commonly called “elementary school.” They attend five or six years and then go onto secondary school.

Its secondary school consists of two programs: the first is “middle school” or “junior high school” and the second program is “high school.”

The grading system and GPA in the U.S. can be overwhelming, especially for international students. The interpretation of grades has a lot of variation. For example, two students who attended different schools both submit their transcripts to the same university.

They both have 3.5 GPAs, but one student attended an average high school, while the other attended a prestigious school that was academically challenging. The university might interpret their GPAs differently because the two schools have dramatically different standards.

The school calendar usually begins in August or September and continues through May or June. The majority of new students begin in autumn, so it is a good idea for international students to also begin their U.S. university studies at this time.

The academic year at many schools is composed of two terms called “semesters.” (Some schools use a three-term calendar known as the “trimester” system).

Still, others further divide the year into a quarter system of four terms, including an optional summer session. Basically, if you exclude the summer session, the academic year is either comprised of two semesters or three-quarter terms.

Below are the different types of higher education available in the U.S.;

A state school is supported and run by a state or local government. States operate at least one state university and possibly several state colleges. Many of these public universities schools have the name of the state, or the actual word “State” in their names: for example, Washington State University and the University of Michigan.

These schools are privately run as opposed to being run by a branch of the government. Tuition will usually be higher than in-state schools. Often, private U.S. universities and colleges are smaller in size than state schools.

These community colleges are two-year colleges that award associate’s degrees (transferable), as well as certifications. There are many types of associate degrees, but the most important distinguishing factor is whether or not the degree is transferable.

An institute of technology is a school that provides at least four years of study in science and technology. Some have graduate programs, while others offer short-term courses. There are so many more interesting facts about the rich schooling system of America, you can get more Detail on Google.