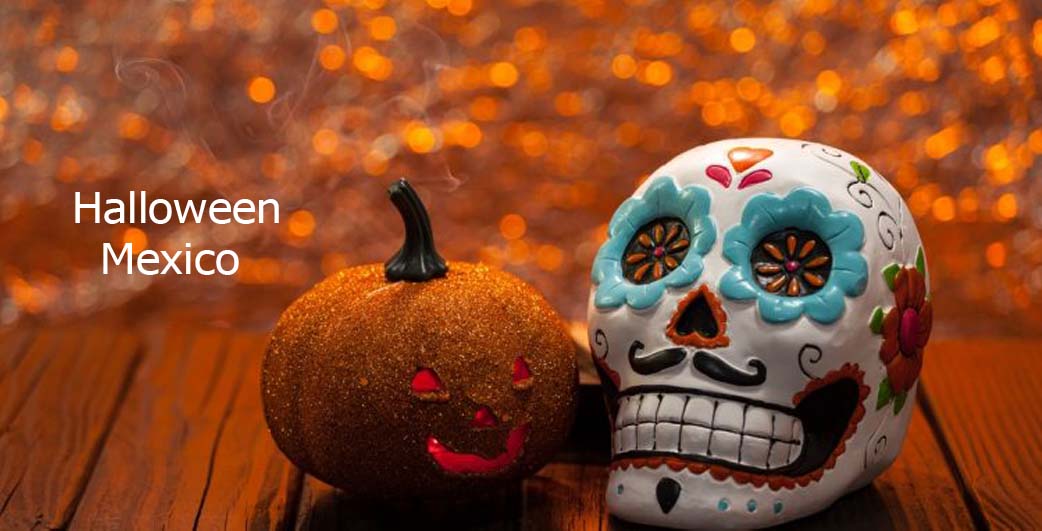 Halloween in Mexico is different from Halloween in the United States of America and other main regions of the world. In Mexico, Halloween or Dia de las Brujas is seen mainly as a festivity day for children. It is celebrated on the 31st as it is in other parts of the world where the tradition is practiced. But in Mexico, the celebration of Halloween is overshadowed by the day of the dead celebrations that is held on all saints day and on all souls day.

Is Halloween A Public Holiday in Mexico

Unlike the US, Halloween is not a public holiday in Mexico. This year’s Halloween falls on Sunday the 31st of October and most businesses are set to open as usual. On this day Mexican children will dress up in costumes as per the usual Halloween tradition and go trick and treating from one door to another asking for candies. They shout “we want Halloween (Queremos Halloween)” when they reach each door.

On this day in Mexico, toys, candies, and other gift items are made to resemble coffins, skeletons in many stores. Paper wreaths, candles, and seasonal flowers also are sold on this day. Once again Halloween in Mexico unlike the US is just a public observance and not a federal public holiday. On the other hand, Mexico’s day of the dead that also has a close date to Halloween is celebrated on a much larger scale in Mexico. It is embraced by many Mexicans as a festival with lots of parties, singing, partying, and even fireworks.

Halloween Vs the Day of the Dead

The tradition of Halloween dates back to old Europe, the Samhain festival of the Celts to be precise. It is believed that on this day the earth becomes vulnerable to evil spirits and they can roam freely. In Mexico on the 31st of October, parties are organized for the young and old alike although the festival is mainly for the kids. Spooky and frightening faces and shapes are carved into pumpkins and the streets are filled with skeletons, witches, and other scary characters. Kids then go trick and treating from one door to another.

On the next day which is Mexico’s day of the day and also all saints day, families and religious people go to the cemetery in honor of dead relatives and family members. The day of the dead is celebrated on the 1st and 2nd of October which is close to Halloweens October 31st date. When compared to the rest of the world, Halloween and the day of the dead celebrations in Mexico is very different.

Although the whole idea is death, people in the region are happy to see their deceased family members and loved ones again. Mexicans believe that the deceased come to see them once every year and so they celebrate a joyful festival. Streets are decorated with colorful disguises, music, food, make-ups, and dance in a bid to commemorate the dead and also celebrate life. Bonfires are light and lanterns are hung on trees to help the deceased find their way home.

On November 2nd when the sun sets, families gather at the graves in the cemetery and bring presents to the dead and also to honor the end of the day of the dead. UNESCO in 2003 announced the day as a masterpiece of the oral and immaterial heritage of humanity. Although the day of the dead centers entirely on death, it is mostly about smiling in the face of the dead and celebrating life.