GTA Trilogy is Back on PC. It now seems like a pretty big ride for all the owners of the Grand theft auto: The trilogy – the definitive edition that is now available on PC. Just some moments after the game was launched last week, Rockstar decided to pull both it and the Rockstar Games launcher offline. 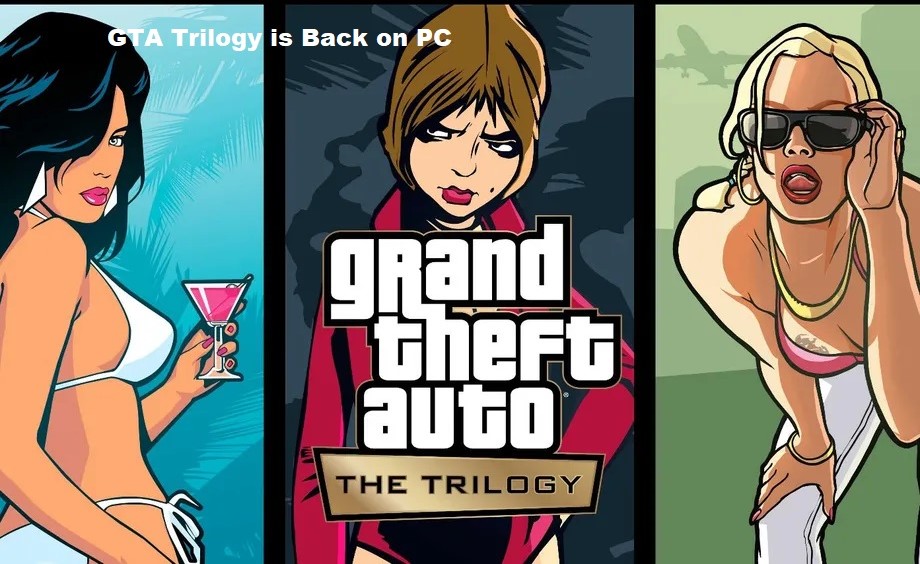 While was once more taken online, the game went down for most of the weekend. The Version that is available on PC is back now but there still remains a lot of work that needs to be done on the game across all the platforms.

Grand Theft Auto: The Trilogy -Definitive Edition was launched right on tons of platforms starting on the 11th of November. Well, Unfortunately, later that day, Rockstar took both the version on the PC of the game and the Rockstar Game launcher was no longer online. And the launcher went offline for more than a day. This became a problem as lots of Rockstar’s modern PC games relied on the launcher to be working well, even those that are not sold directly by Rockstar.

Other Rockstar Games on Steam Offline

What this means was that the steam versions of GTA Online and Red Dead Redemption 2 went offline also as the rockstar game Launcher was offline. At the same time that this took place, Rockstar stopped the sales of the PC version of the GTA Trilogy, taking out the listing for it from their website entirely.

Rockstar did not initially state why GTA Trilogy was taken out from sale, but as the weekend was getting underway, the company’s support account published another tweet stating that they would be working to take out files unintentionally included in these versions.” This was revealed to us as the Rockstar Games Launcher back for users on PC.

Now the PC version of the Grand theft Auto: the Trilogy which is the definitive Edition can be played once More for those that happen to own it already and is available for every to purchase directly from Rockstar’s website for those that do not have it.

You might want to hold on a little if you want to purchase the GTA Trilogy for your PC, even though the game has been once more made available for PC. Ever since the game launched, lots of Players all over the platform have reported several issues concerning the game, starting from the remastered character models that happen to be really bad in some cases to performance problems.

Currently, this issue seems to exist in the GTA Trilogy regardless of the platform, and it’s led to abysmally low user review scores on Metacritic. All the versions of the GTA trilogy have a Metacritic score of 1.0 currently, with the one available on Xbox sporting the very lowest 0.4.

That as you know is not a great start for the game. But in a tweet by Rockstar, they said that they are working to improve and update the overall performance as we move on. There are no concrete details concerning when Rockstar plans to deliver an update to the GTA Trilogy, but judging by some of the replies concerning that tweet, there are lots of fix.