Googles New AI would make Google Maps better with the new incredible features. At the Google I/O, Google introduced the latest features for Google Maps that would help map roads more than ten times faster than it was five years ago. 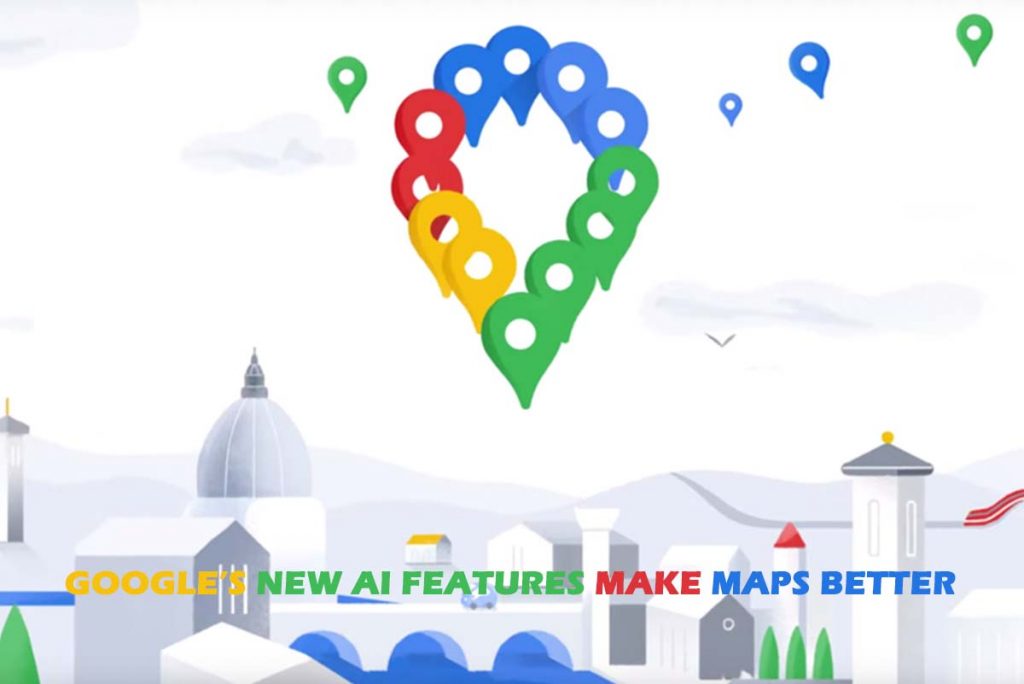 The new feature is now aiming to bring maps packed with useful information to their consumers, and Google would be offering details on how you can make two of the new features possible. One of the methods is making use of AI to teach maps to identify and forecast when people step on their brakes.

This feature would be leveraging AI to tell when the driver would be hitting the brakes as a part of the routing update that would help users avoid situations that need them to step on the brakes hard, such as confusing lane changes or freeway exits.

Google is now making use of AI and navigation information in other to identify hard-braking events, which are moments that would result in drivers decelerating rapidly. Hard braking has also recognized as an indicator of the likelihood of a car crash.

As stated by Google, this update would contribute to eliminating more than 100 million hard braking events found in routes driven using Google Maps each year. Google has trained their AI making use of machine learning models on two data sets.

All the New features coming to Google Maps

The first data possesses details from your mobile Phones making use of Google Maps because Phone sensors can determine deceleration in the route. This data is likely to be incorrect because the phone might just be moving in the vehicle independent of the car itself. In other to eliminate that, Google decided to make use of information coming from routes that are driven with the Google Maps when projected on a display making use of Android Auto.

Google also admitted that a relatively small subset of data, but its highly accurate based on Maps is operating in a stable spot. Google is also now working for you to identify other causes of hard deceleration, which includes issues concerning visibility.

Also, it was confirmed that details of street maps would be expanding to more than 50 cities before the end of 2021. Again, AI is being leveraged to make that possible. This requires Google to remake its mapping process.

It has offered training to machine learning models in other to help identify and classify features right across an index of millions of street view, satellite, and aerial images beginning with the roads and then buildings and other features.

They have updated their models to be able to identify objects in a scene immediately, enabling the detection and classification of broad sets of features simultaneously while you continue maintaining accuracy, leading to much faster mapmaking.